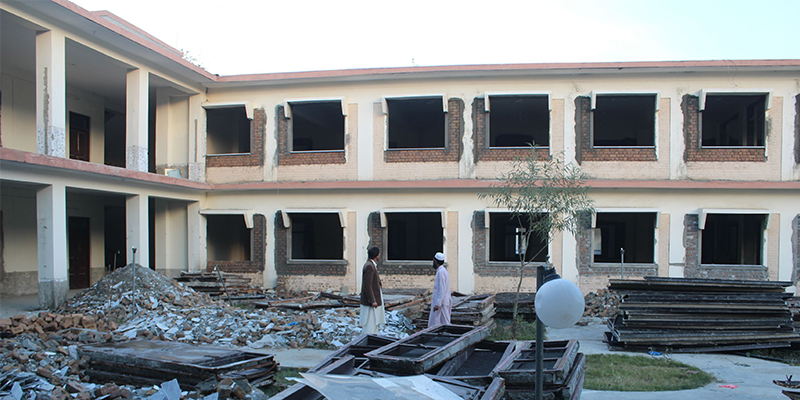 The construction work on the campus of Timargara Medical College (TMC) is yet to be completed despite the passage of six long years.

The groundbreaking ceremony was conducted by PM Imran Khan in July 2015 but the construction work is still far from over despite the passage of years and spending of Rs1.5 billion.

“After the completion of one building another one is started and this process is going on for the past six years. Due to the delays that cost is increasing each passing day and there are cost overruns,” said a government official while talking to The Express Tribune.

“Once functional the college will provide quality education to the local students and they will not travel to other cities for it. But the whole project is well behind the schedule,” he said, adding that each year the college administration announces a new date for the start of classes at the college.

“Equipment worth millions of rupees have already been purchased for the college which is stored inside the building and there are chances that once classes are started, these equipment will not be useable due to rust,” he maintained.

Local residents were really irked when the District Headquarters Hospital Timargara inked an agreement with a local private medical college. “It simply means that the Timergra Medical College is still years away from reality.

A local MPA Inayatullah Khan has submitted a resolution to provincial assembly against the hospital’s agreement with a private medical college,” said the official.

When contacted, Project Director Dr Shaukat Ali said that the hospital’s agreement with the private medical college had been withdrawn. He said that next year classes will be started at the college and most of the departments and its buildings were ready.

Islamia University of Bahawalpur has slashed semester fees up to 50%