Punitive action will be taken against educational institutions not following SOPs, Mahmood warns 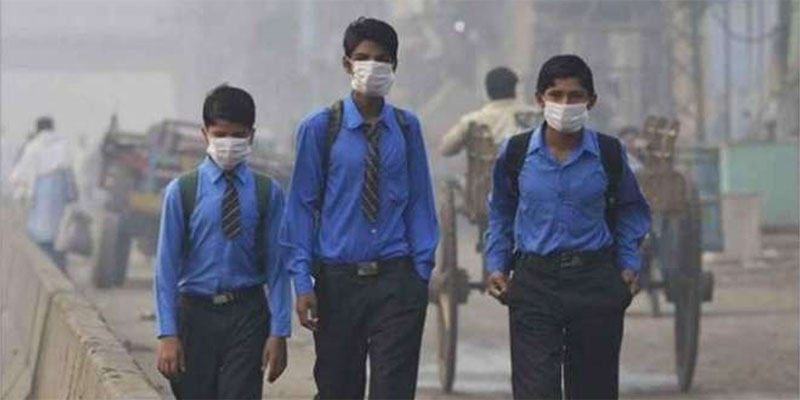 Punitive action will be taken against educational institutions not following SOPs, Mahmood warns

Educational institutions in the country will begin reopening in phases from the next week – September 15 – following a fall in new coronavirus case numbers, ending a long closure that led to exam cancellations and the introduction of online classes by a number of institutions.

"It is a difficult decision, as it involves the future of children, it was not an easy decision to make," Mahmood said, adding that success will only be achieved when parents and teachers play their role.

Pakistan has recorded 298,903 cases of Covid-19 and nearly 6,345 deaths but has seen a slowing of numbers since June when it recorded nearly 7,000 infections and 118 deaths in a single day.

On Sunday, 394 people tested positive for Covid-19 and three deaths were reported.

The education minister warned punitive action against educational institutions not following precautionary measures. Early last month, Pakistan opened gyms, salons and restaurants dine-in for the first time in five months after being closed to stop the spread of coronavirus.

The minister said the decision was taken earlier in the day by the Inter-Provincial Education Ministers Conference after thoroughly analyzing regional and global trends of the outbreak and in the light of the research by the National Command and Control Centre (NCOC).

He clarified that the decision would be applicable to all the educational institutions of both public and private sectors, besides vocational centers and religious seminaries, “which would enable millions of students to resume studies after a hiatus of around six months”.

He said the government had to take difficult decisions during the lockdown period, which included the promotion of around four million students of higher secondary education to their next classes.

Expressing his gratitude to the parents of students for showing perseverance during the difficult times, he urged the teachers and school administration to fully cooperate with the government and ensure compliance of the anti-COVID SOPs at their insinuations.

The minister also lauded the efforts of NCOC for making the decision possible. The NCOC is the nerve center of Pakistan’s Covid-19 containment efforts that work under the National Coordination Committee (NCC) on Covid-19.

Special Assistant to the Prime Minister on Heath Dr. Fasal Sultan also spoke at the press conference and said there is a need to lessen the density of students in classes.  If there are 40 students in a class, it should be divided into equal batches attending school on alternate days, he said

“The government would ensure implementation of health screening; Covid-19 surveillance; sentinel testing and continuous monitoring of educational institutions after their reopening.

“The main objective of regular sentinel testing is to monitor the coronavirus situation and examine the health of teachers and children at schools after every two weeks,” he said.

The SAPM said further decisions would be made on reviewing the situation on the basis of test reports on scientific means. The schools would be reopened stage-wise with strict monitoring on the SOPs implementation.

“All the schools would have to strictly follow the SOPs announced by the government like social distancing, hand sanitizing or washing, wearing of face mask, etc. Schools' administration, teachers and parents will have to adhere to the instructions after reopening of the institutions."

Dr Sultan said there is no need to purchase expensive masks for children and suggested the parents make home-made fabric masks for school going children, which are washable and reusable. “The students with low immunity should not attend schools in the first phase.”

He said due to the immediate closure of schools, a large chunk of the population particularly students stayed safe from Covid-19. The government adopted an effective strategy to combat the contagion that resulted in a reduction in coronavirus cases in the country.

“The facts and figures show a declining trend of coronavirus at all levels due to the prompt response of the government. It all was made possible due to team efforts and the efficient work of all departments and organizations concerned,” he added.

Earlier, the Inter-Provincial Education Ministers Conference – in which education ministers of all provinces took part through video link – also discussed the issue of a uniform curriculum and establishment of anti-harassment bodies in the provinces.

On September 4, the Federal Ministry for Education issued new SOPs for students and school staff.

According to the new SOPs, no assembly of students will be held in school in the morning and the students will go to their classes directly. The guideline also recommends parents not to rely on public transport to drop their children to school.

The SOPs also make it mandatory for students to wear masks, wash their hands and keep social distancing. It also asks educational institutions to ensure screening of students at their entry to schools and not to allow students suffering from fever, cough and cold.

Schools are asked to divide each class into two sections and to teach each section separately in different shifts of 4-hour each. The break or half-time will also be observed in shifts.