The final decision to reopen schools on September 7 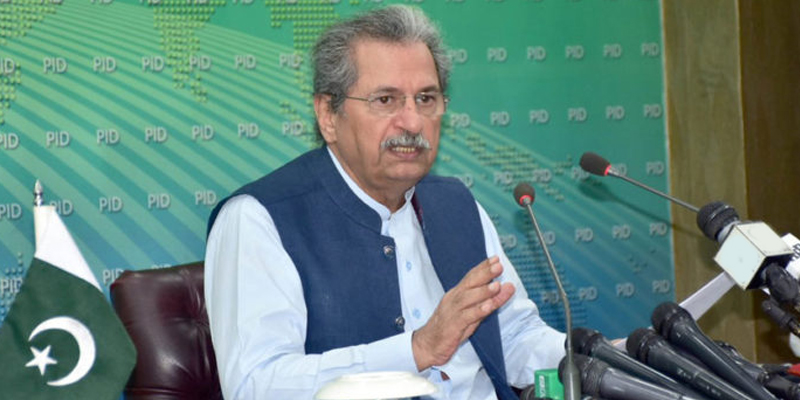 The final decision to reopen schools on September 7

Federal Education Minister Shafqat Mehmood said that the government would make the final decision to open educational institutions on September 7 across the country after analyzing the situation of Coronavirus condition in the country.

"The education institutions will reopen in line with the Federal Health Ministry's instructions, which will also improve standard operating procedures (SOPs) for their execution on the reopening of schools and colleges," the minister said while talking to a press conference on Friday.

Also Read: Schools to reopen in Punjab for grade six and above

Shafqat Mehmood said that the Teleschool initiative launched on April 7 helped around eight million students and was appreciated on global platforms.

"The first experience of online classes at a higher education level was fruitful. However, some issues related to internet connectivity emerged in far off areas that are being sorted out," he said to the presser.

The minister further said that non-Muslims would be taught their religions in schools as the country is shifting to a different education standard.

"To promote interfaith harmony in the country, we've decided that non-Muslims will study their respective religions in educational institutions from the next academic year. They're currently taught ethics as an alternative to Islamiyat, which Muslims take," he said.

The minister said the government had developed the draft 'single national curriculum' conferring with provinces and experts to meet with the vision of Prime Minister Imran Khan. The idea is to remove inequalities between the education standards of urban and rural areas, guarantee equal opportunities for competition and growth to both the rich and the poor, and increase government schools' enrollment.

"New model textbooks are being prepared, while the new curriculum from grade one to grade five will be introduced in government, private and religious schools across the country by April next year. That curriculum will consist of subjects on national heroes, tales, and common heritage of the country," he said.

Shafqat Mehmood said the one curriculum aims to meet the students' present and future needs in madrassah. The standard curriculum for all will also provide career and opportunities to seminarian students in both civil and armed forces.

"Urdu will be the main medium of instruction for the new curriculum, which will be implemented from class one to five in the next educational year. However, provinces will have the choice to use their major languages along with Urdu to instruct children. All this will happen in line with the provisions in the Constitution," he said.