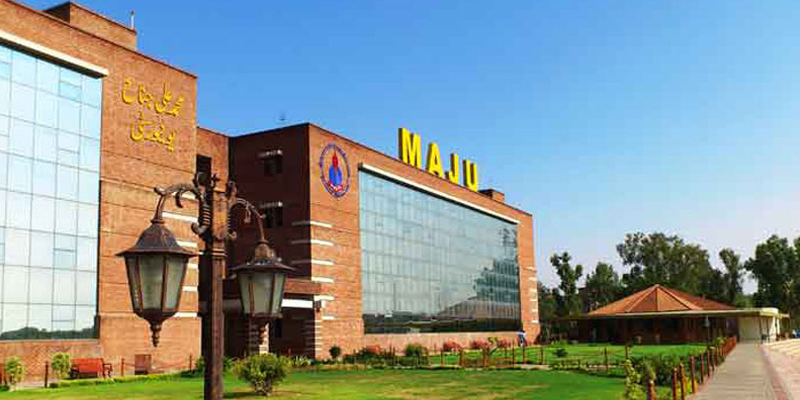 While the federal and provincial governments had both decided to keep all educational institutions closed till September 15 in the wake of the coronavirus outbreak, the Muhammad Ali Jinnah University (MAJU) administration has reportedly decided to conduct in-house examinations instead of taking them online.

MAJU issued the schedule for the final examinations of its summer semester for Bachelors, Masters and other programmes on Monday, leading to widespread concern among the varsity's students.

A Masters student, speaking on the condition of anonymity, said that the university had decided to call around 500 students to campus for the examinations, adding that the standard operating procedures could not be followed with that many attendees.

"Only eight online classes have been conducted for a course in the whole semester and the university has notified them for a regular examination just 10 days before the exams," he claimed, insisting that the students could not prepare for them in these circumstances.

Urging the Sindh government to take notice of the varsity's move, he reiterated that the educational institute was putting the lives of students at risk.

Another student called for the examinations to be postponed or conducted online. "The risk of a second wave of the pandemic emerging is still present, and if any student contracts the virus in this way, the university should be held responsible for it and be bound to bear their treatment expenses," he maintained.

He further stated that the students would hold a protest demonstration if the MAJU administration did not delay the exams.