The uniform curriculum to be implemented in schools from April 2021 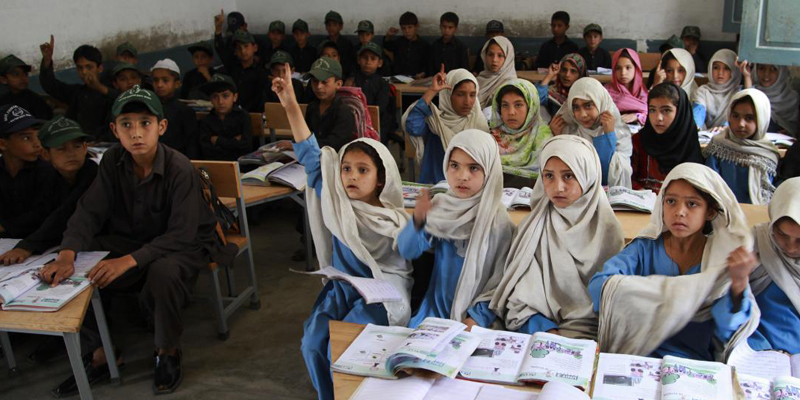 The uniform curriculum to be implemented in schools from April 2021

The new uniform curriculum, drafted by the PTI-led government, will be implemented in schools across Pakistan from April 2021, said Federal Minister for Education Shafqat Mahmood on Friday.

Speaking at a press conference in Islamabad regarding the two-year performance of his ministry, the education minister said the uniform curriculum would be implemented from grade one to five.

“A uniform curriculum could not be introduced in the 72-year history of Pakistan,” he said. “Now it has been developed after consultation with all schools of thought. All madrassas are also being registered whereas work is also underway on the curriculum from grade sixth to eighth.”

Also Read: The final decision to reopen schools on September 7

Talking about the challenges faced by the educational institutes because of the coronavirus pandemic, the education minister said the institutes would re-open from September 15 if conditions improve.

“Matric and FA students had been promoted according to a formula,” minster Mahmood said. “People were concerned about the Cambridge result. Cambridge was appraised of the situation which they acknowledged.”

Mehmood further added that due to the outbreak of Covid-19, a tele-school was launched on April 7, but the students were facing difficulties because of the internet.

“Now internet will be provided all over the country,” he said.

Also Read: Schools to reopen in Punjab for grade six and above

The education minister further added that a skill development program had also been launched under which it is planned to impart skills to about 170,000 children.

He added that under the Ehsaas Programme, 50,000 students and 1,000 nurses would be given scholarships.

“About 1,000 scholarships had been given for art and cultural education,” he added.

Earlier, the minister said the medium of instruction for the new uniform curriculum unveiled by the federal government recently will be the national language of Urdu.

He added that the Urdu will be the main medium of instruction for the new curriculum which will be implemented from class one to five in the next educational year.

However, Mahmood clarified that the provinces will have the choice to use their major languages along with Urdu to instruct children, adding that this was in line with the provisions in the Constitution.