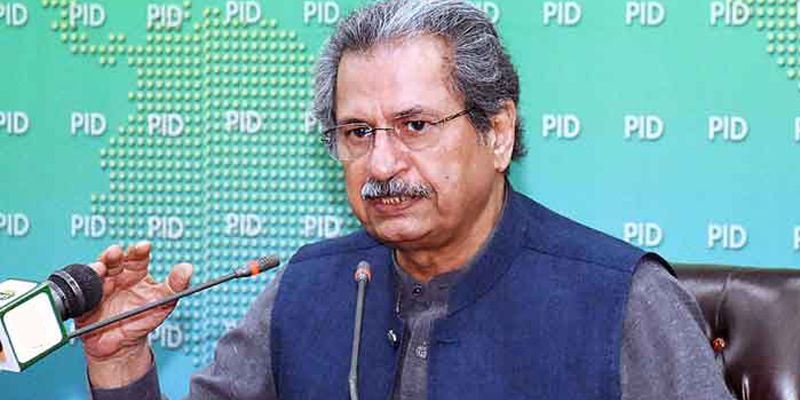 The Federal Education Minister Shafqat Mehmood said on Tuesday that the efforts of the government in addressing the concerns of students regarding unfair grading to Cambridge International results for O and A Levels have turned out fruitful.

“Great news. Our tireless effort has been successful,” tweets the minister after an announced the education minister on social media after a protest by the Pakistani students on various social media platforms about the unfair grading by CAIE. “Cambridge has decided that grades for June 2020 would NOT BE LESS THAN PREDICTED GRADES SENT BY SCHOOLS. PLUS where a grade issued last week was HIGHER THAN THE PREDICTED GRADE, THE HIGHER GRADE WILL STAND,” stated the minister.

Also Read: Many KP universities on a verge of collapse

Last week, when the results were announced, the education minister had said that due to government’s interference, the Cambridge Assessment International Education (CAIE) has agreed to evaluation and review its grading procedure regarding the recently announced results.

It is pertinent to note that the Cambridge International had cancelled its May/June 2020 series worldwide with the announcement to award certificates on predictive assessment.

In the process, the CAIE followed four-step assessment method which included teachers’ predicted grades, ranking order, school review/approval and standardisation. However, when the results were announced on August 11, students started protesting as they believed that the grades do not meet their potential and previous performance.

In this regard, On Friday, the Cambridge International said it had been listening to feedback and suggestions from schools and students and had been “looking carefully at how to act on it.”

“Since we released our results on August 11, we've been listening to the feedback and suggestions from our schools and students. We know schools have been pleased that we were able to provide grades in challenging circumstances,” it stated.

Furthermore, “We have also heard your concerns about some aspects of our process, and we understand the real anxieties Cambridge students are facing at the moment. We have been looking carefully at how to act on your feedback, and at the same time make sure schools, universities and employers continue to trust our qualifications," it stated

"On Tuesday, August 18, we will let you know the actions we will take," it added.