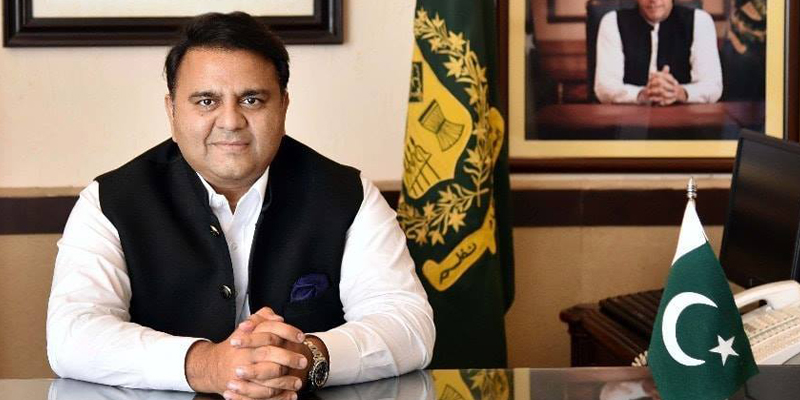 The Federal Minister for The Science and Technology, Ch Fawad Hussain has announced training for the first batch of one thousand youngsters for video gaming and animation in three months’ time.

Also Read: Canteen business in deep water due to the closure of educational institutes

The minister said in tweet on Wednesday that he is very happy to speak to the leading players of Pakistan’s video gaming and animation industry. “The first batch of one thousand youngsters’ training will be launched in three months’ time Inshallah,” he said in a tweet.

Last month, the Science and Technology minister had announced a special program of animation and video games to encourage young people to be part of the multi-billion dollar gaming industry.

“If you are not interested in reading and are interested in video games on the phone, be prepared. Bringing a special program of video games programming so that we can be a part of this 90 billion industry, animation, and video games certification programs will be not only a game but a game-changer for young people,” he wrote on Twitter.

Also Read: We were in favor of keeping the schools open, Murad Raas

The gaming industry is one of the most lucrative and innovative sectors in tech today, the entire video gaming market is expected to be worth over $200 billion by 2023, according to Statista.

Despite the continuous growth in the gaming industry worldwide, Pakistan falls short in terms of developing video games and providing opportunities to programmers.

The new initiative will be providing animation and video games certification programs to young people in order to boost the local gaming industry.

Money spent on major console games leaped to $1.5 billion in March from $883 million in February, while spending on games played on high-performance personal computers climbed 56% to $567 million in the same comparison.

A part of news story published by The Express Tribune on November 25, 2020