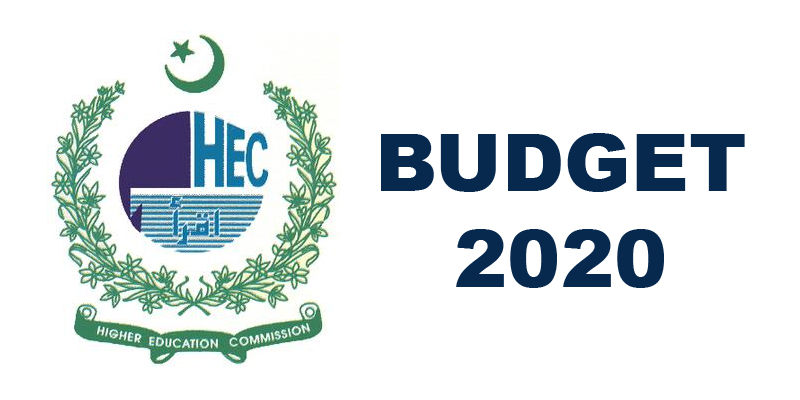 The allocation of Rs104.789 billion as a recurring grant for the fiscal year 2020-2021 was demanded by HEC. However, the government had promised Rs70 billion, and the information was also shared by HEC in the recent press release. Even So, when the government announced the budget on Friday, a further cut of Rs 6 billion was made in the commission.

According to the sources, HEC has taken the matter up with the government and has shown serious concerns.

It is pertinent to note that the government had allocated Rs64.1 billion for HEC as a recurring budget for the 2019-2020 fiscal year which remained static in the recurring grant for the HEC for the new fiscal year.

Moreover, the demand for the HEC development budget of Rs42.6 billion was also not met and Rs29.4 has been allocated to the Higher Education Commission under the Public Sector Development Programme (PSDP) 2020-2021. However, the budget for development is almost Rs400 million more than the allocation of Rs29 billion against the demand of Rs33.5 billion in the previous fiscal year. The budgetary requirements of HEC include “funds for universities, pursuing its research agenda, the start of several new initiatives including NAHE, ETC, HEMIS, PERU, and P-15 Research Universities, funding for the Tenure Track Faculty, funding for the Pakistan Education and Research Network (PERN), and the resources needed to meet Covid-19 related challenges”.

Furthermore, HEC has decided in principle that due to education budget cut, no news university was being added to the grant stream during 2020-202.

Meanwhile, the Federation of All Pakistan Universities Academic Staff Associations (FAPUASA) showed serious concern over the HEC budget cut. Prof Dr. Mumtaz Anwar Ch, the President for FAPSUA demanded that the government must allocate budget to the HEC as per its demand so universities can be saved from the going on crises due to pandemic.