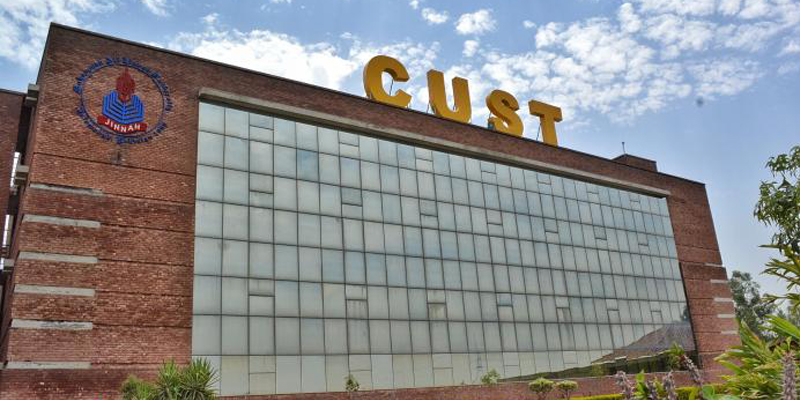 Capital University of Science & Technology (CUST) expelled a student from the University for raising voice against the faulty online education system during the pandemic.

According to the details, Usman Mehmood, a student at CUST, had encouraged his classmates on social media platforms to protest the ongoing online classes. But the discipline committee was found Usman’s act against the rules of CUST’s discipline and as a result, the University rusticated Usman permanently for just raising his voice against their online education system.

While the meeting of CUST’s DC was called on 20 May, Usman was notified about his expulsion on a letter dated 5 June. Usman took to twitter on Wednesday to share a notification from the CUST DC and bring the matter to light. 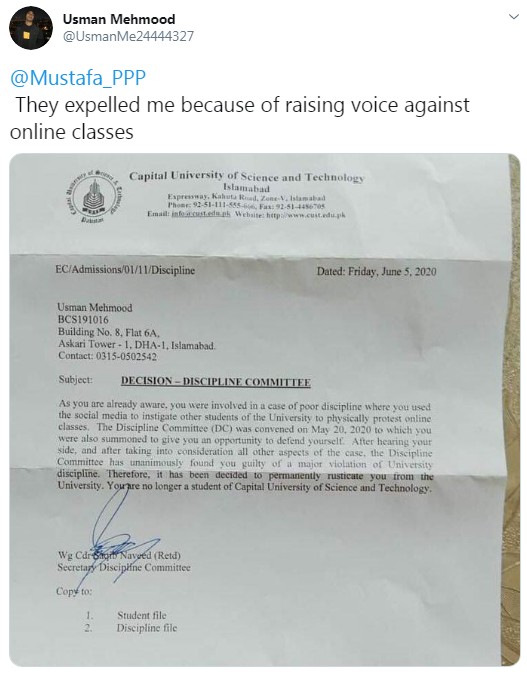 PPP Senator and Chairman of the Human Rights Committee, Mustafa Nawaz Khokhar, took notice and guaranteed Usman that he would share his case with the HEC. Khokhar also made sure to call the Vice-Chancellor of CUST before the committee to explain the viewpoint of the university on the issue. 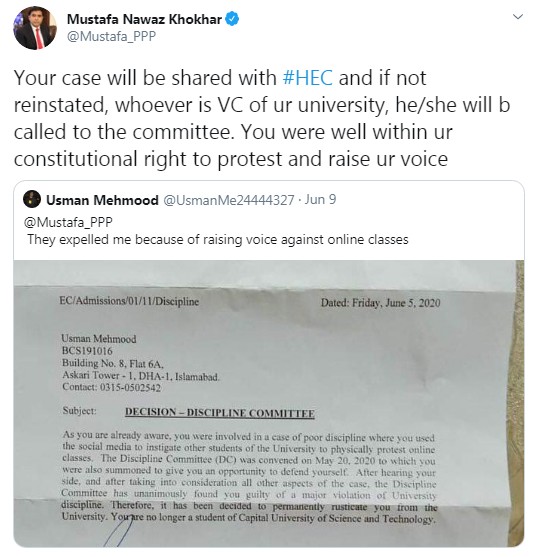 University students protested against HEC last week and demanded that the promotion to the next semester without exams, suspension of online classes, and semester fees be revoked.

HEC, however, rejected the demand for the promotion of students. HEC stated that it is working with all universities and PTA is working on to fix the connectivity issues students facing in online classes. HEC also told the students that the fee revoke issue would be discussed with the universities in the coming days.