'Accha' finally made it to Cambridge Dictionary! 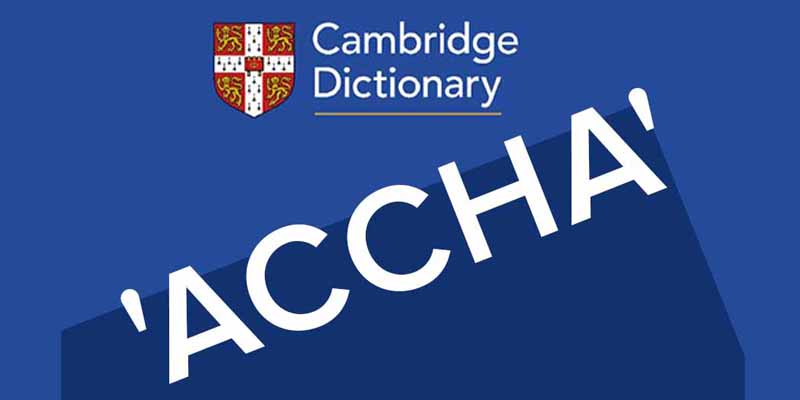 'Accha' finally made it to Cambridge Dictionary!

We finally another desi word added to the Cambridge dictionary!

The word ‘accha’ - meaning okay, commonly used in Pakistan and India, just made it to the Cambridge Dictionary as people share diversified reviews about it all over social media, reported Gulf News.

Living in Pakistan, everybody is familiar with what this simple word means and it could be used in a normal phrase to a cynical way. The word can mean good, okay, or as an expression of bewilderment, completely depending on the tone of the narrator. 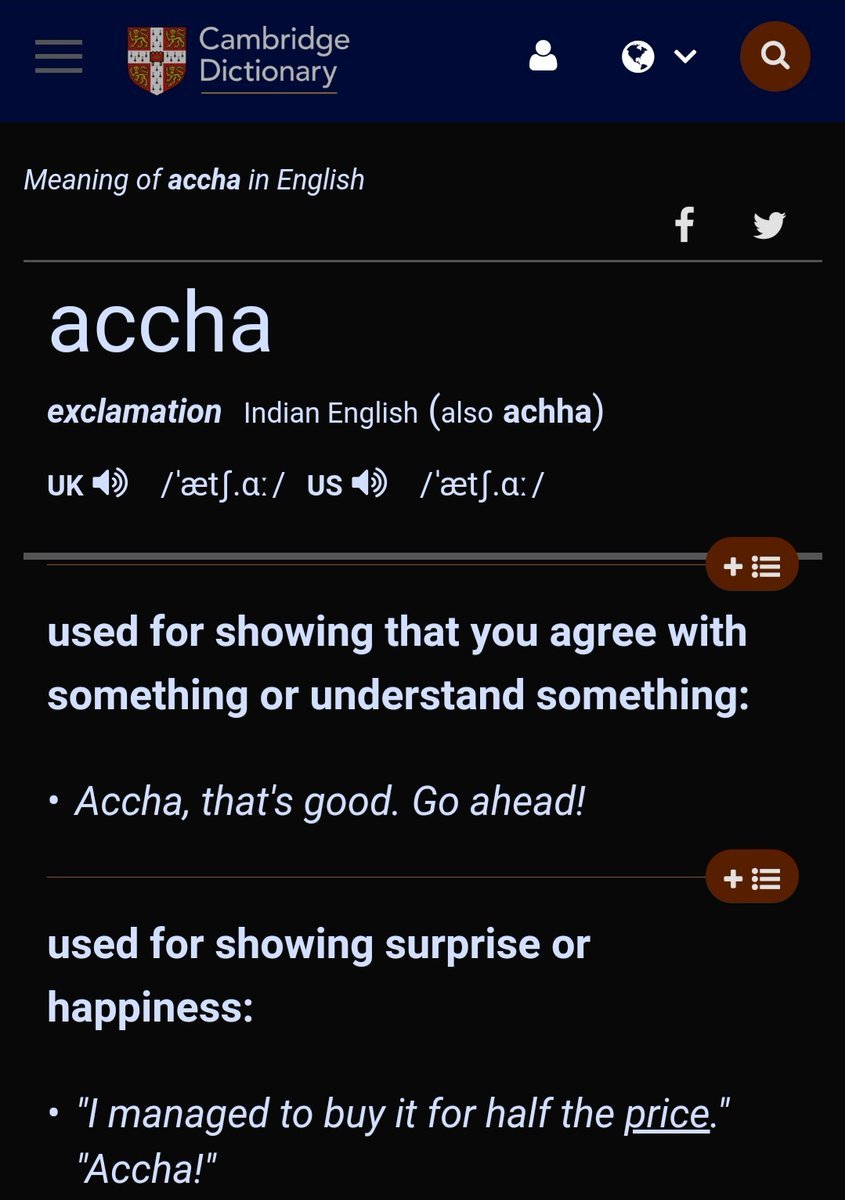 The term is entrenched from Sanskrit language used in both Urdu and Hindi frequently.

The entry of ‘accha’ on the Cambridge dictionary website is demarcated as ‘Indian English’ entered last week. The word is defined as: "Used for showing that you agree with something or understand something," or "used for showing surprise or happiness." 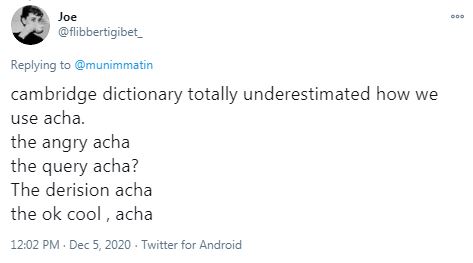 Mixed reviews all over Twitter either shed importance over how Cambridge Dictionary completely missed out the versatility of the word and other half remarking on how it is meant to be spelled.

Where many are fighting for the pronunciation and meaning, other half is busy debating and fighting for ownership. The inclusivity of adding ‘Hindi English’ term is now being criticised within the desi community, a question for Cambridge Dictionary if all this feedback seems ‘accha?’

The article was first published on The Express Tribune on December 7, 2020