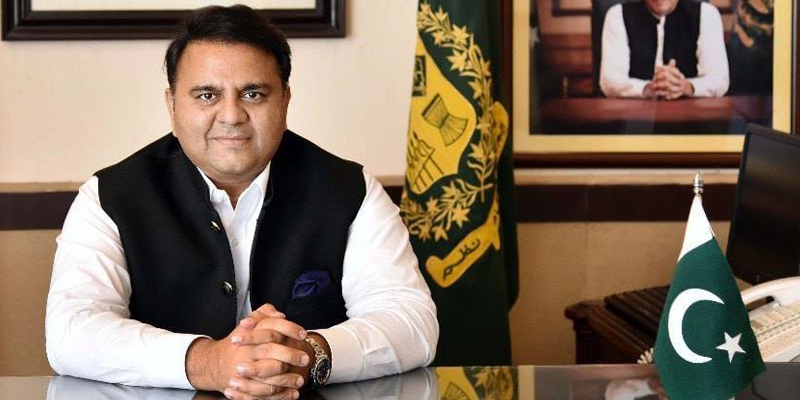 The Federal Minister for Science and Technology, Ch Fawad Hussain, gave students advice on the planning of career in accordance with the top emerging fields in the job market globally.

The minister directed students to undertake Data Science and Data Engineering through his social media Twitter account on Sunday. 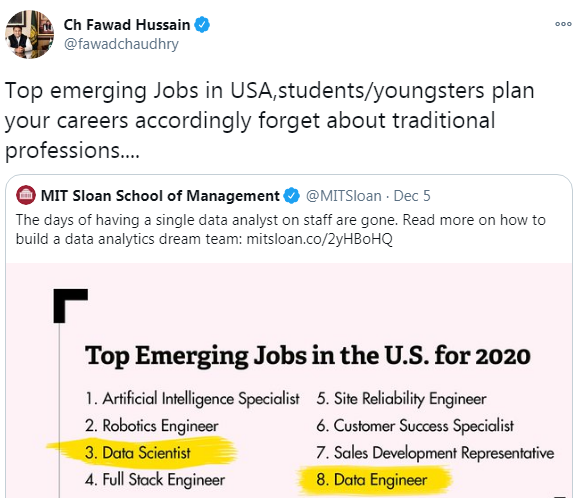 The minister shared the tweet by MIT Sloan School of Management, which specified the USA's top emerging jobs, including Artificial Intelligence, Robotics, and Full-stack engineering, while highlighting Data Scientist and Data engineer.

"Forget about traditional professions," noted Ch Fawad in the tweet while addressing students.

However, many internet users complained that advising students on planning their career in technology is not sufficient.

Danial Khan, an internet user, said that the US has a well-structured collaboration and networking between academia and private sector, "Do you offer this in Pakistan? No, zero," he writes under ministers' tweet.

Another social media user, Usama bin Tariq appreciated the minister for motivating students to take up a field of technology as their career. He, however, also asked him to provide scholarships to students in international universities. "The scholarship opportunities should be made available so students (Pakistani) can compete in the field of technology," he advised the minister.

Earlier, the minister had recommended students to opt for Biotechnology instead of Medicine as the study career.

In a tweet posted last week, the minister tweeted that students are dying to take MDCAT entry examinations to become doctors. He counseled the students that 15 years down the line, Artificial Intelligence (AI) will take over the medical profession. "Forget about MDCAT, instead choose Biotech as a profession," he stated in the tweet.

He had also emphasized that the field of Biotechnology is the future.