Sukkur General Library on the Verge of Collapsing

Sukkur General Library on the Verge of Collapsing

Sukkur's General Library is one of the oldest libraries in the country, standing tall at 187 years old; but it's currently in a state of disrepair.

By 1835, it had been established as the 'Station Library' by the Indus Flotilla shipping company, but by 1867 it was renamed the General Library and was open to the public.

In 1893, it was formally registered in Bombay. From 1905 to 1935, Dewan Bhoj Singh Panchwani, Speaker of the first Sindh Legislative Assembly, served as the library's secretary. There is still a picture of him in the library today.

There are also hundreds of years old rare books and manuscripts, in addition to more than 100 books. A number of eminent personalities in Pakistan, including Hakeem Muhammad Saeed, ex-Governor of the State Bank, Dr. Ishrat Hussain, Qazi Hussain Ahmad, SM Zafar, Sharifuddin Pirzada, and others, are permanent members of this library.

In addition to this, famous Sukkur personalities also benefitted from this library. Hakeem Muhammad Saeed visited this library whenever he came to Sukkur.

A few of the library's members and staff saved the library after miscreants burned the municipal building next to it after Benazir Bhutto was assassinated.

Despite the library's independence, it has suffered from severe financial problems for a long time. It is very difficult to manage due to a lack of new members, government patronage, and donations.

There are hundreds of valuable books being damaged because the library's furniture has become very dilapidated. Increasingly fewer people read books, he said, which threatens the survival of libraries.

To protect Sukkur's library, it is the responsibility of government institutions and intellectuals. 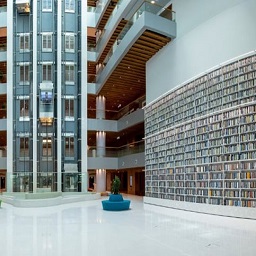 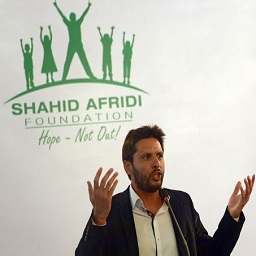