Stage-wise reopening of educational institutions on the cards 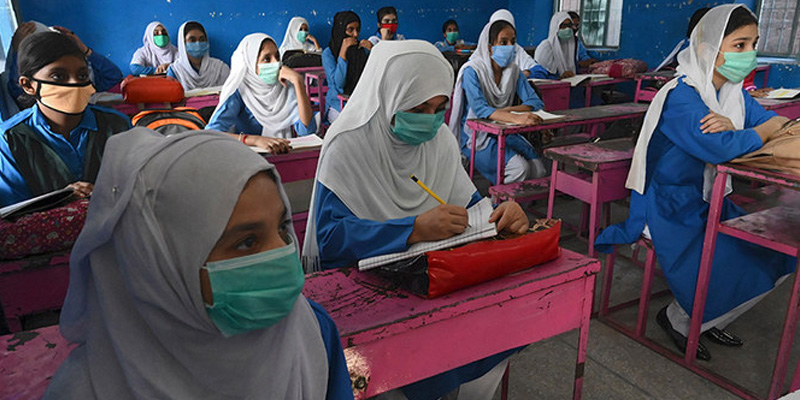 Stage-wise reopening of educational institutions on the cards

Minister for Federal Education and Professional Training Shafqat Mahmood on Friday said different suggestions were being considered for stage-wise reopening of educational institutions on September 15 across the country under strict standard operating procedures (SOPs).

The final decision to this effect will be taken on September 7, in the Inter Provincial Education Ministers’ Conference (IPEMC), he said while addressing a press conference at National Command and Operation Centre (NCOC).

After taking final decision in the IPEMC, initially, the higher educational institutions (from 9th and above) will be opened while, after reviewing the pandemic situation for one week, 6th to 8th grade classes will also be opened, he elaborated.

“If the corona related indicators remain normal, the primary classes will then be started,” he informed.

He refused to take any step that would affect children’s health as it was top priority of the government. Shafqat was satisfied on the overall coronavirus related indicators, stating that the number of cases had been declined.

“The pandemic had badly affected the education of students. We will review the educational loss of students during the last six months in consultation with the provinces. The students’ learning level will be checked and the schools will be advised in that regard,” he added.

He urged students to work hard to cover their educational losses. He hoped that by next year the schools would work in normal routine.

“We are well aware about the financial losses of private sector educational institutions especially the lower grade schools,” he added.

The education minister stressed upon ensuring implementation on SOPs, saying teachers and head teachers would play vital role in ensuring the same.