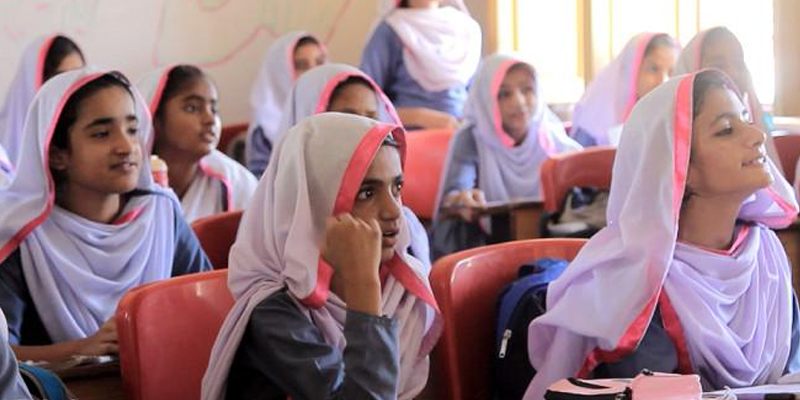 The Sindh government has announced a plan to begin online classes for government schools in order to cover the academic loss for school students amid coronavirus crises.

The notification issued by the Sindh education department on Friday stated that the online classes will be held for grades 6-12 for students of government run schools.

The notification further read that to implement the plan, Sindh government will take the help of The United Nations Children's Fund (UNICEF) and Microsoft. There will be 75 master trainers to train teachers as part of the plan.

‘IT experts have been hired to conduct the online classes’; the notification read.

In this regard, the secretary education has directed all district directors to provide data of teachers and students by June 17.

A meeting of the Sindh education department’s steering committee was help on Tuesday, in which the provincial minister Saeed Ghani had decided that schools will not re-open across the province until the virus is under control.

However, he permitted private institutes to start online classes to begin the session. All schools will comply with government’s decision and will follow the guidelines, he added.

He said that no final decision has been taken regarding the re-opening of schools as the coronavirus cases continue to rise across the province.

Earlier this month, the provincial minister had said that the closure of schools in Sindh might be extended to another six months.