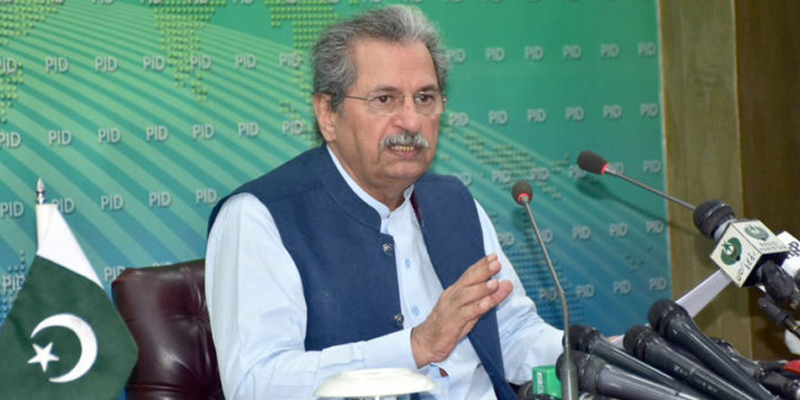 After a collective decision to reopen educational institutions across the country in different phases from September 15 to September 30, Federal Education Minister Shafqat Mahmood expressed the hope on Thursday that all decisions pertaining to education would be taken jointly in the future.

The federal minister was meeting with Sindh Education Minister Saeed Ghani at the latter's office. The two ministers claimed that they were trying their best to improve the quality of education in the country.

According to them, many problems had been solved due to concerted policy-making regarding educational institutions since the pandemic broke out. They conceded that issues had certainly arisen, but said that efforts were being made to address them.

With the consultation of all provinces on matters pertaining to the curriculum and the academic year, improving the quality of education across the country would be possible, said Ghani.

However, he added, with the passage of the 18th Amendment, the formal announcement and implementation of the decisions reached jointly, would be up to the provinces themselves.

Mahmood denied rumours about the removal of the English language from the curriculum while stressing the need to address the lack of communication between provinces for reforms in the education sector.

Ghani, on his part, informed the federal minister of Sindh's efforts to incorporate technology so as to modernise the province's education system.