“Schools will remain open in Baluchistan till Dec 15” 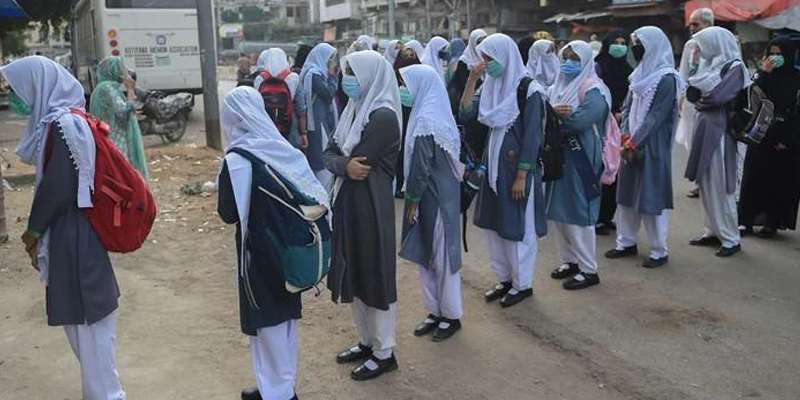 “Schools will remain open in Baluchistan till Dec 15”

The Chairman Private Schools Association, Dawood Shah Kakar said on Monday that the association has rejected government’s decision to close schools for a month.

Also Read: Schools closed down till Jan 10 amid second wave of Covid-19

Kakar said that all private schools in Balochistan will remain open till December 15. Kakar also lamented that the decision of the government is against the promises it had made and will cause a lot of problems for the private schools which were already facing a financial crunch due to six month long closure amid covid-19 first wave.

Earlier on Monday, while addressing a conference, Federal Minister for education Shafqat Mahmood had announced the closure of all educational institutions in the country from November 26 till January 10, 2021.

"All ministers have mutually decided that to keep all educational institutions, including schools, colleges, universities, and tuition centers closed. However, online classes will continue from November 26 to December 24 after which winter break will start. Schools will reopen on January 11, 2021," said Shafqat Mahmood.

The minister had said that the safety and health of the children is the top-most priority of the government. He also said that the examinations scheduled to take place in December will be postponed, with the exception of a few professional exams.