Private schools in KPK to go against government’s order 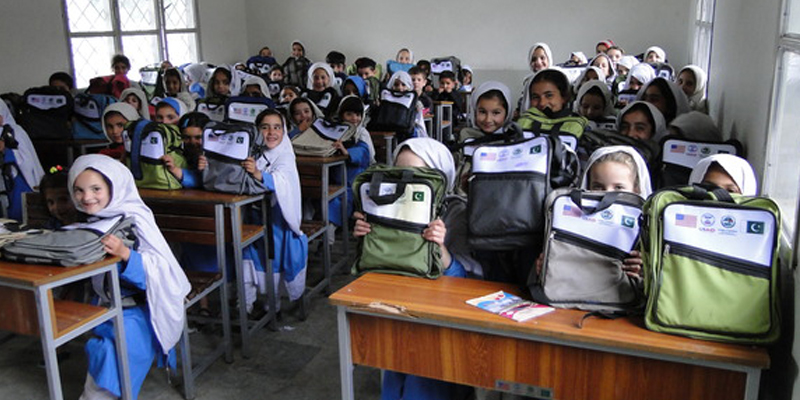 Private schools in KPK to go against government’s order

Khyber Pakhtunkhwa Private Education Network (PENKP) has announced to reopen schools in the province from August 15.

Fazlullah Daudzai, the president of the network, said that the government’s decision to reopen schools from September 15 is incomprehensible and raises serious doubts and reservations. Therefore, they will go against orders.

Also Read: It is all rumors and fake, says Mahmood

Daudzai added that when shopping malls and public transport have been functioning, why not schools?

Therefore, he announced that all private schools across the province would reopen from August, putting the government’s order aside.

The Jamat-e-Ulama-e-Islam-Fazal (JUI-F) leader Maulana Hussain Ahmed has also announced that the madrassas would reopen soon across the province.

The decision has come a day after the Islamabad High Court (IHC) dismissed a private school owner’s petition to reopen the schools.

The petitioner had pleaded that private schools face a massive loss due to closure amid coronavirus pandemic and are on the brink of closure, permanently.

However, Chief Justice Athar Minallah disposed of the case marking it as irrelevant to the court jurisdiction and is an administrative matter. He said that it is up to the federal government to remark on whether to allow reopening schools or not.