One per cent infection rate has been witnessed in educational institutions: Shafqat Mehmood 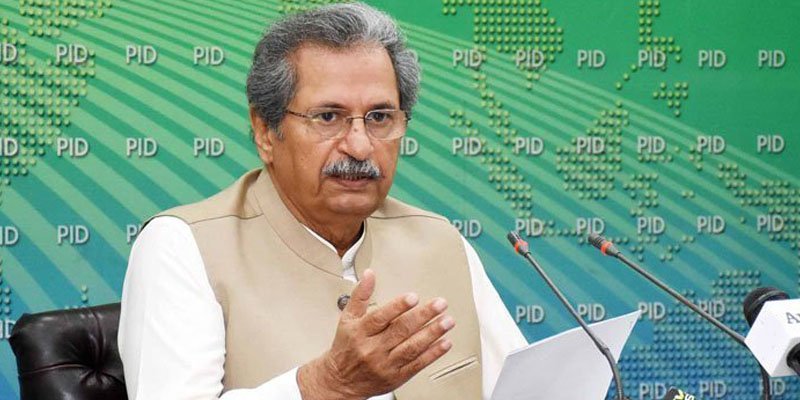 One per cent infection rate has been witnessed in educational institutions: Shafqat Mehmood

Federal Minister for Education Shafqat Mehmood said on Saturday that the decision to re-open primary schools would be taken after the National Command Operation Center’s (NCOC) meeting on September 29.

The federal and the Sindh governments were at odds with each other last week over the second phase of the reopening of the educational institutions as more coronavirus cases at schools and colleges emerged.

While addressing the media in Lahore, the federal education minister stressed that the government had started random testing of students for coronavirus after the resumption of educational activities in schools and universities across the country on September 15.

He further added that government's action against Covid-19 was being appreciated internationally and economic activity has resumed, with the country heading towards development despite the pandemic’s outbreak.

Replying a question, he said the government is taking all-out steps to control the prices of essential commodities.

On September 25, Ghani had asserted his decision while visiting different schools to review the arrangements for implementing the SOPs and later in a video statement.