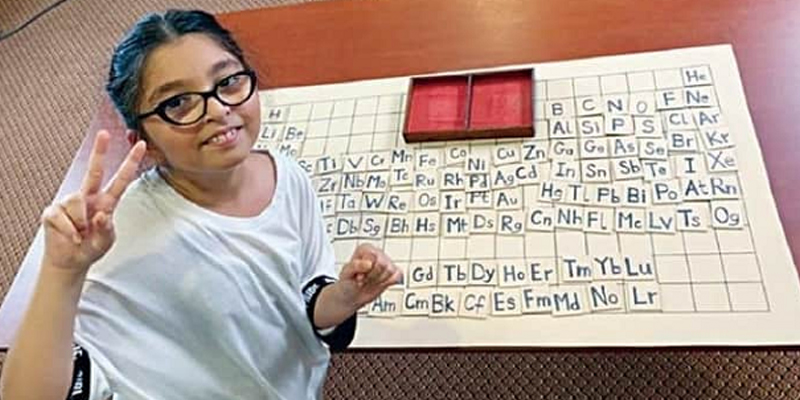 A nine-year-old Pakistani girl breaking the record of Indian professor became the fastest and youngest in the world to arrange the chemical elements of the periodic table in the shortest possible time.

Natalia Najam, the Lahore-based science enthusiast, achieved the Guinness World Records title after arranging all elements of the periodic chart in just 2 minutes and 42 seconds on July 18, 2020, according to Gulf News.

She broke the previous record by 7 seconds.

After setting the record, the young girl screamed with joy as the judges gave her a resounding thumbs up.

Najam accomplished the feat by breaking the record previously held by Indian economics professor Meenakshi Agarwal who completed the same task in 2 minutes and 49 seconds.

The young Pakistani girl hopes that her achievement will inspire children around the world to continue taking strides in science and pursue careers in science, technology, engineering and math (STEM).

Many Pakistanis on social media hailed her achievement calling her “Pakistan’s young scientist” and an inspiration for young children especially girls to take up science subjects.

Her father Hasan Najam says his daughter has not received formal schooling and has been educated at home, local media reported.