MDCAT 2020: Students took over Twitter to protest against PMC, demand justice from Govt 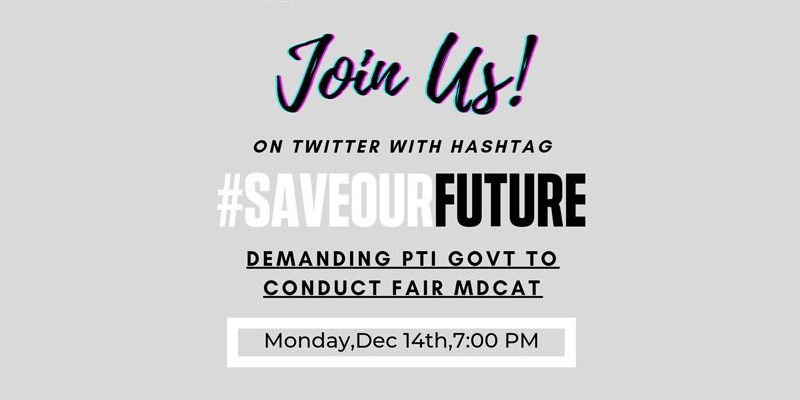 MDCAT 2020: Students took over Twitter to protest against PMC, demand justice from Govt

The students of medicine along with the prospective students grouped up on Monday to run a protest Twitter campaign against Pakistan Medical Council (PMC) over the alleged unfair conduction of MDCAT 2020 examinations.

The PMC had issued the roll number slips for the special MDCAT 2020 on Wednesday for the exam scheduled on December 13. The special exam was arranged by PMC for the students who were unwell due to Coronavirus and could not sit in the first exam took place on November 29.

Also Read: Study reveals where the next pandemic could emerge 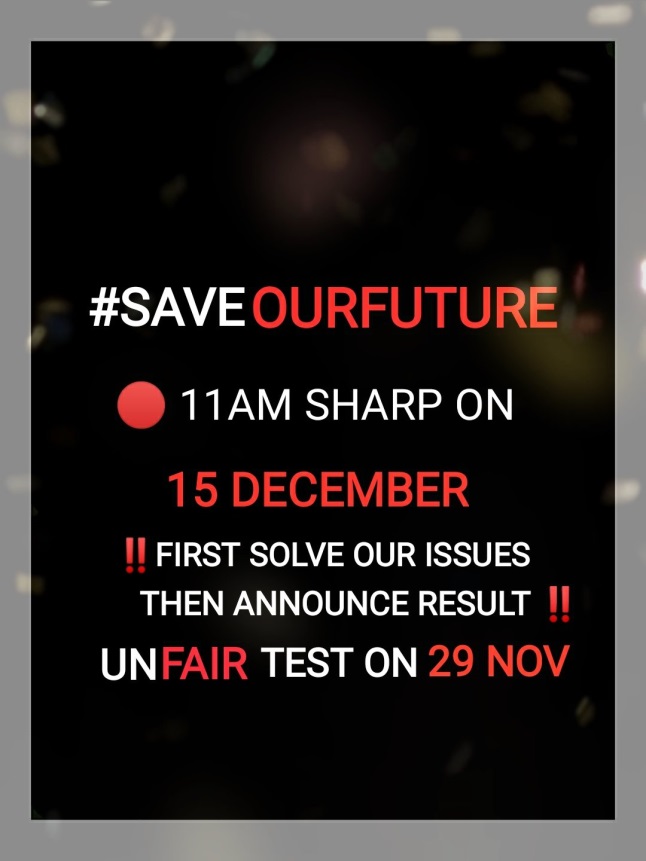 One of the Pre-Medical students while joining the campaign said that “PMC can’t even make a proper paper, how on earth can they run an organization” 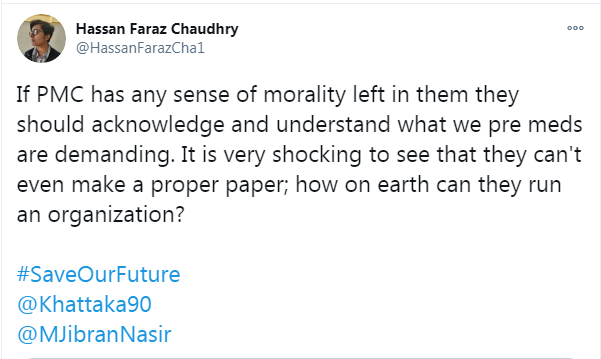 One of the students highlighted how the exam paper of MDCAT 2020 commenced on December 13 had repeated MCQs. While calling it unfairness of PMC,

“Out of 95 questions 16 were repeated, what if we have complete paper? I am expecting about 30 plus MCQs repeated,” asked the candidate. He also raised a question whether the error by PMC would affect the grading and aggregate of the total marks scored. 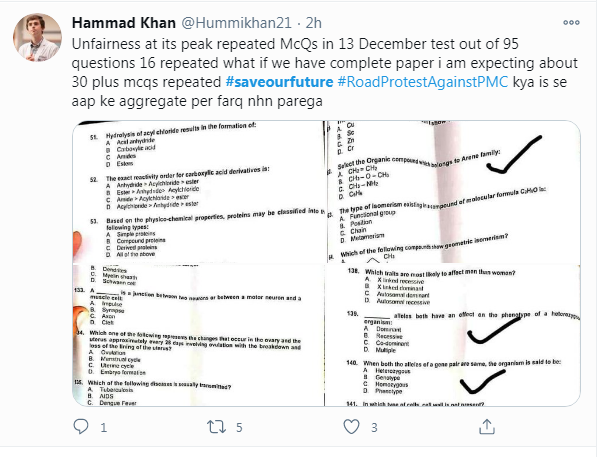 Another student portested and stated that “We want justice”. She said that PMC is playing with the future of students. “There is no word of justice exists in this country,” she stated.

Earlier, a petition was admitted and notices had been issued to PMC for hearing on 16th Dec by the lawyer and human rights activist Jibran Nasir.

Moreover, the MDCAT applicants had also organized a press conference at the Lahore Press Club, demanding justice from the authorities.

Apart from students’ demand for fair MDCAT 2020 the provision for "deletion of wrong MCQs", "giving grace marks" or "re-conducting exams at a provincial level" were included.