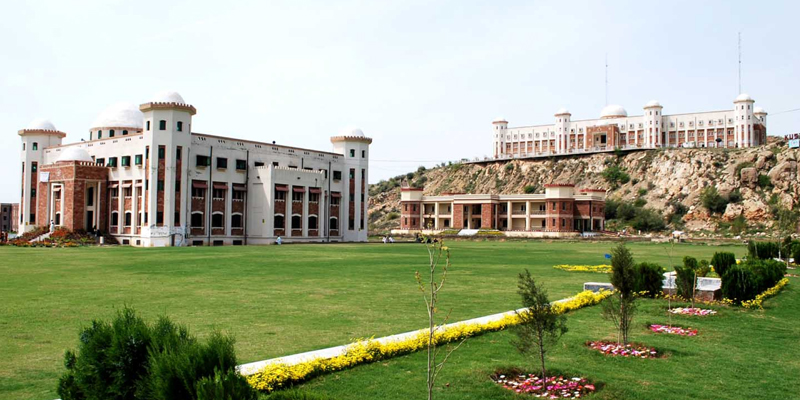 After the Hazara University Abbottabad, Bacha Khan University Charsadda, and the University of Peshawar, the Kohat University of Science and Technology (KUST) has also introduced a dress code, asking its girl students to wear black abaya.

In a notification issued on March 9, the KUST administration directed its male students to wear white shalwar kameez or grey dress pants with black shoes.

Girl students have been asked to wear white shalwar with any Kameez of full sleeves, scarf, dupatta, chaddar, black abaya, and black shoes. They have to wear a black sweater, coat or plain jacket with abaya of black color in the winters.

Furthermore, the faculty members have been directed to wear formal dress with the black gown in the classes.

This policy has been implemented from the spring semester March 15, 2021.

Talking to The Express Tribune, an official of the KUST said that the new dress code or uniform had been introduced on Governor Shah Farman's directives. He has asked all the varsities in the province to introduce a sober dress code, especially for their female students.

Earlier skin-tight jeans, shorts, earrings, and make-up were banned by the University of Hazara, which invited widespread criticism on social media. Similarly, BKU Charsadda even asked its staff not to wear jeans. After the criticism, the UOP issued a clever notification regarding the dress code. It simply asked the girl students to wear shalwar kameez instead of mentioning jeans or tights or shorts. KUST also followed this pattern to avoid attention.

The KUST official said that Governor Shah Farman wanted a conservative dress code for the university students, and universities were obeying the instruction.

"Strangely, nearly all the 39 public sector universities in the K-P are facing a severe economic crisis as they are even unable to pay their employees, and instead of correcting it, the governor is asking universities to ban tights and jeans on their campuses," he said, adding that due to the economic crisis the standard of education had been negatively impacted across the province, but no one was there to pay heed to it.

"I think that the PTI government is trying to take the attention away from this economic crisis in the universities by introducing such foolish things like dress codes etc.," he said, adding that Kohat was already a conservative district where girls wear shalwar kameez, but now they had been asked to wear uniforms.