Govt to review the decision on re-opening schools 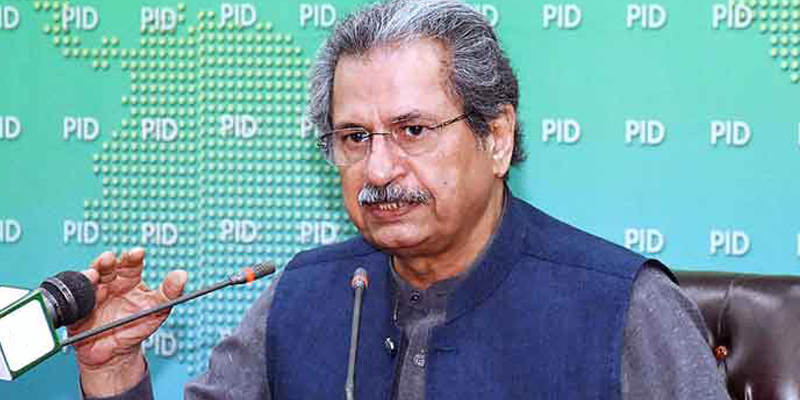 Govt to review the decision on re-opening schools

Federal Minister for Education Shafqat Mahmood on Friday has said that the government would reassess its decision on reopening of schools in the first week of September in order to make sure the safety of school students.

While speaking to a private news channel, Mahmood said private educational institutions will only be allowed to call their teachers and administration staff before September 15 but the government schools could not be given a go ahead to call their staff unless the final decision is announced, as the health of our students is priority.

"Schools and colleges will be allowed to open only after the coronavirus pandemic is over," he said. The minister added that strict SOPs will be followed, including distanced seating arrangements, departmentalizing of class into further sections and calling students in shifts would be some of the procedures that schools will have to implement whenever they would be allowed to reopen.

"We are contemplating every feasible possibility. We will try to adapt things like whether to hold the annual exams this year, or postpone to next year", he said. “The final decision would be taken by the National Command and Operation Centre (NCOC), which supervises and functions upon the advancements to curb the spread of coronavirus in the country,” he stated.

He also said certain tasks would be designed for teachers in schools and duties for guaranteeing health and hygiene would be specified before schools reopen. "We want to end ambiguity as soon as possible with the meetings with all patrons on the fundamental issues like education," he said.

Mahmood has also requested the private schools to follow the SOPs formulated by the government. He said schools must look how they can implement the SOPs in a better and more effective way.