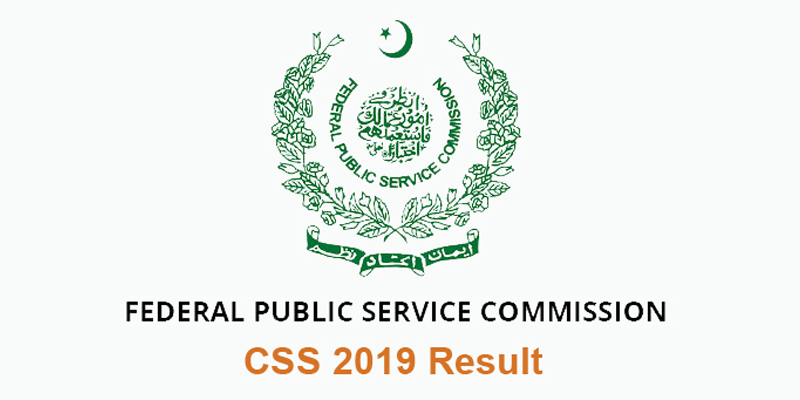 The Federal Public Service Commission (FPSC) has announced the result of the 2019 CSS examination for hiring against grade 17 under the federal government.

Initially, 23,403 candidates had applied for the examination CSS 2019. But only 14,521 candidates appeared in the exam, and out of 14,521, only 372 participants qualified in the written exam. Out of 372 participants who cleared the exam of CSS 2019, 214 were recommended for final appointment by the FPSC to different groups and departments.

There are 132 male and 82 female candidates who have cleared the exam and recommended for appointment by the FPSC.

To see the complete result of the CSS 2019 examination, visit FPSC's official website.