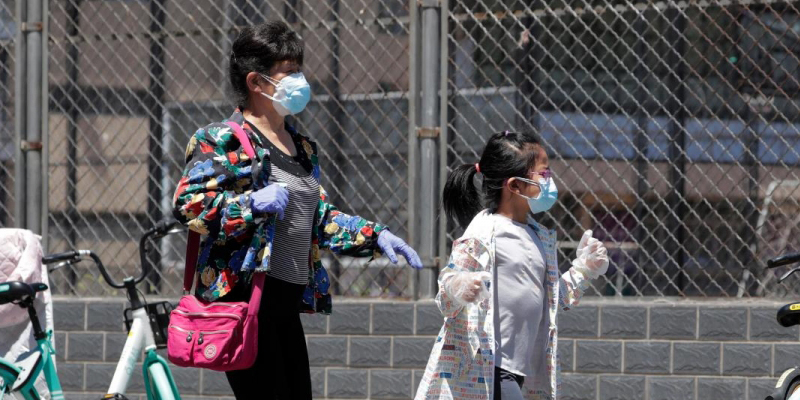 Facing a sharp spike in coronavirus cases this week, Beijing shuts its schools again on Wednesday to curb the spread, which is traced to the crowded Xinfadi wholesale food market in the capital's south.

The 312 new emerging cases of coronavirus in the city have raised fears of the second wave of the virus as China had controlled the domestic outbreak massively.

The authorities on Tuesday announced a partial travel ban on the residents with "medium – or high risk" carriers of the virus. The nucleic acid test has been made compulsory for the residents who require to travel outside the capital.

Meanwhile, schools, most of which had opened its doors for students last month, are ordered to close down again and return to online classes.

"The epidemic situation in the capital is challenging," Beijing city spokesman Xu Hejian warned at a press conference Tuesday.

According to the authorities, several people are being tested linked to the sprawling Xinfadi market and 30 residential compounds in the city now under lockdown.

According to the city's health commission, Beijing has reported 137 new cases of infection in the last six days, with six asymptomatic and three suspected of the virus on Wednesday.

There are reports of two cases in neighboring provinces, Hebei and Zhejiang, whereas there are 11 more imported cases reported this week.