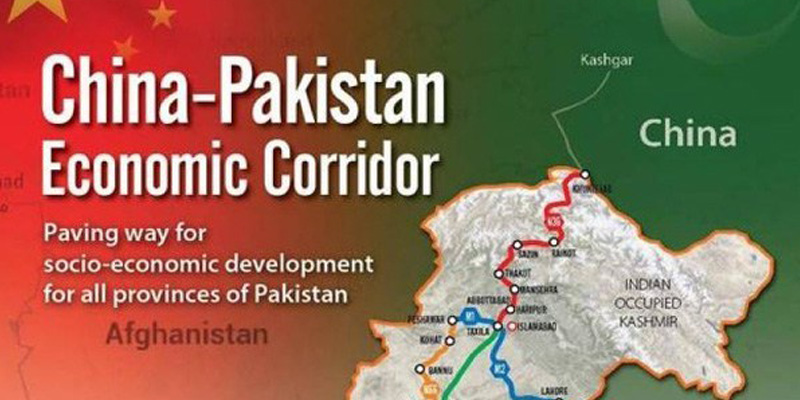 BEIJING, July 31 (APP): A Chinese construction firm has completed and handed over a middle school expansion project to Pakistan’s education authority in late June, a clear sign of China’s support for the education sector in the China-Pakistan Economic Corridor (CPEC).

With construction breaking ground in November, the work was funded by the Beijing-based China Foundation for Peace and Development. “Construction work was never an easy task with the COVID-19 pandemic, the shortage of engineering materials, technologies and construction personnel and security risks occurring at the same time,” said Zeng Qingsong, executive director of the overseas business department at Guangzhou-based CCCC-FHDI.

However, engineers from CCCC-FHDI made thorough plans and took effective measures to ensure the quality and efficiency the expansion project, and construction was completed ahead of schedule, with zero accidents and zero confirmed infections amid the global battle against the pandemic.

Located in Gwadar, Pakistan, the school is part of China-funded ventures with the goal of providing a quality school system in the area. The project has been welcomed and supported by local communities and governments from both countries, he said, adding that the firm is willing to build more schools in countries and regions involved in the Belt and Road Initiative in the future.

“China’s SOEs are not only conducting construction projects but also taking full CSR (corporate social responsibility) roles in many countries,” he said.”They are willing to help locals have a better life, such as offering financial assistance to local schools and ensuring that people who work for them can get trained properly.”

CCCC-FHDI has over 1,000 employees, and has built a market presence in more than 50 countries and regions across the world. Wei Jianguo, vice-chairman of the China Center for International Economic Exchanges in Beijing, said Chinese companies have a key role to play in ensuring sustainable development in many partner economies involved in the BRI by helping them tackle challenges such as limited export opportunities and educational access, weak infrastructure and unemployment.

Though many economies related to the BRI have gained confidence through notable growth in recent years, many still face uncertainties due to their economic conditions and the challenges of having a non-diversified economic structure, he said. Therefore, building schools, universities, modern factories and agricultural facilities in these countries and regions will help Chinese companies build the value chain in those economies and develop a bigger platform for bilateral collaboration, Wei said.

Affected by COVID-19 and political uncertainties in a number of countries, China’s nonfinancial outbound direct investment, made by both SOEs and private groups, declined 0.7 percent year-on-year to 362.14 billion yuan ($51.5 billion) in the first half, said the Ministry of Commerce. However, the nation added a total of $8.12 billion in nonfinancial ODI into economies involved in the BRI between January and June, surging 19.4 percent on a yearly basis. Investment in member states of the Association of Southeast Asian Nations also saw stellar growth of 53.1 percent year-on-year to $6.23 billion.

Chinese companies saw their first half overseas investment in the leasing and business services sectors grow by 20.1 percent year-on-year to $19.56 billion, while investment in manufacturing dropped 15.6 percent.

The story originally appeared in associated press of Pakistan.