Banuri ‘exposes’ the government after his abrupt dismissal 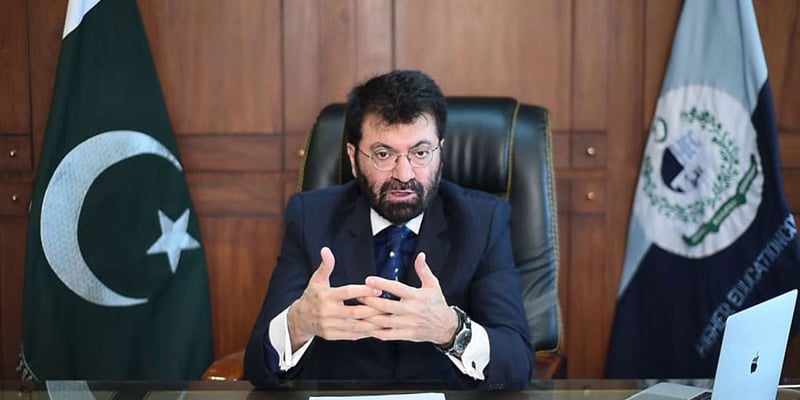 Banuri ‘exposes’ the government after his abrupt dismissal

The former chairman of the Higher Education Commission (HEC), Dr. Tariq Banuri, after his dismissal from the post hits back at the government with a list of allegations.

The abrupt removal of Dr. Banuri caused a stir as the government reported alleged irregularities in the hiring of 15 consultants for the Higher Education Development in Pakistan (HEDP)

Speaking at a press conference in Islamabad on Thursday, Dr. Banuri said that the government sacked him without any solid evidence and hence gone beyond the rules.

He said that the government does not want any officer to work independently and therefore the bill was passed to sack him last week.

Read here: Schools to close down as the cases surge up to 20,000 a day

He added that his removal from the position would allow corrupt people to make money. He also informed that the HEC had presented an act to protect tenures and that the government had brusquely rescinded the law.

He added that it is a case of human rights and legal rights and asked Prime Minister Imran Khan to reconsider the case.

Read here: Shafqat Mahmood says the reopening of schools depend upon the coronavirus situation

Moreover, many academics including prominent nuclear physicist, Dr. Pervez Hoodbhoy have raised serious allegations against the government’s decision to remove Banuri and considering Dr. Atta-ur-Rehman, who he claimed to have been involved in corruption during his tenure as HEC chairman, as one of the leading candidates.