France: Schools to close down as the cases surge up to 20,000 a day 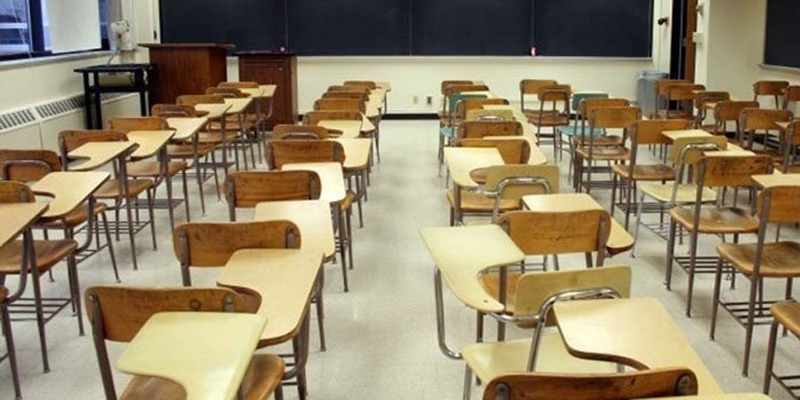 France: Schools to close down as the cases surge up to 20,000 a day

The government of France is considering closing schools for four weeks, BFM TV reported on Wednesday, stating the closure would entail one week of remote learning and three weeks of holidays.

The development comes as French President Emmanuel Macron is to make an announcement on a TV today to give the plan and new measures intended to curb the COVID-19 cases and answer the criticism that he was unable to control the pandemic.

Also Read: Shafqat Mahmood says reopening of schools depend upon the coronavirus situation

At the end of January, the 43-year-old president reared the European trend and went against the recommendation of his scientific advisers by rejecting the idea of a third lockdown in the country.

The results started to show off as 20,000 new cases emerged in February, with the country semi-opened - night time curfew while schools and shops opened as per regular.

While the daily cases get doubled to around 40,000 and hospitals flooding with patients, the new wave seems to have turned amid pleas from scientists and medics for a lockdown.

Also Read: Cambridge notifies the dates for O and A Level exams

The last lockdown entered into force in France on March 20, covering around a third of the country's population including the Paris region.

Non-essential shops closed and travel restrictions imposed, however, small gathering were allowed to meet outside and schools allowed remaining open.