British authorities have announced a new policy to issue work visas to students graduating from the world's best universities.

According to foreign media, the UK has introduced work visa scheme for students graduating from some of the world's leading and renowned universities to start their future.

Applicants under the New Visa (High Potential Individual) Scheme will not even need a job offer and can apply for a long-term visa if they meet certain requirements.

According to media reports, no Pakistani university has been included in the list of students to be granted visas under the new scheme while the list includes 20 US universities besides Canada, Japan, Germany, Hong Kong, Australia. Most universities in Switzerland, China, Singapore, France and Sweden are on the list.

The foreign news agency says candidates for the new visa scheme must have a clear security criminal record while being proficient in writing, speaking, listening and reading English.

UK and Pakistan have agreed to expand their educational collaboration 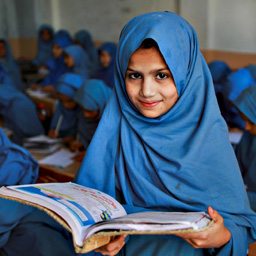 UK to assist in promotion of girls’ education, health and tourism