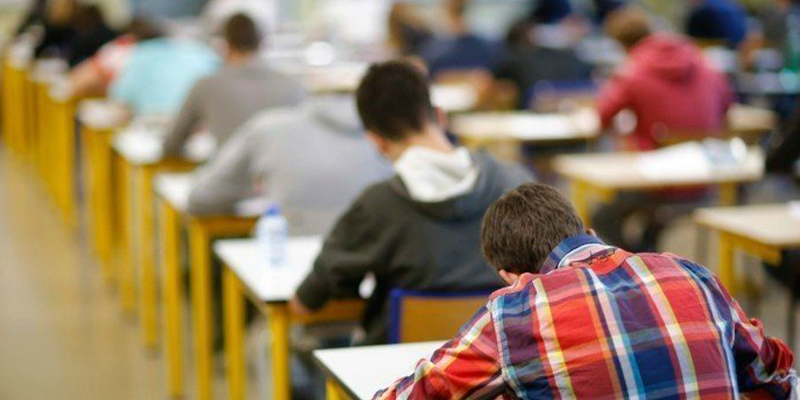 The members of All Balochistan Employees and Workers Grand Alliance on Tuesday announced to boycott the matric examinations in the province which are starting from April 10.

This development was confirmed by Workers Grand Alliance Vice President Haji Habib-ur-Rehman Mardanzai who himself is a teacher. The sit-in continued in the provincial capital on the ninth consecutive day. It began on March 29 last month with the protestors demanding a 25 per cent increase in salaries of Balochistan government employees all across the board. "No rally will be held in Quetta this evening at the request of Education Minister Sardar Yar Muhammad Rind," Mardanzai said.

"We are not afraid of these threats, suspensions and reprisals. We will continue to uphold our rights. The government does not care about the province or the people.” He added that the protestors have decided that if the government does not release notifications pertaining to any increase in salaries by tonight then a plan for a shutter down strike will be worked out across Balochistan from today (Wednesday).

"Employees from all over Balochistan should come to Quetta from Wednesday. We will not disperse away without a notification," Mardanzai emphasised. "We are also fighting for police and Levies employees. They are our brothers.” A protesting paramedic member, Abdul Salam Zehri, urged his comrades to boycott the national polio campaign from April 7 due to non-acceptance of demands. Earlier on April 5, the protestors had blocked major highways in Balochistan after holding a rally that began from Abdul Sattar Edhi Chowk.

Thousands of employees belonging to various government departments continued chanting slogans against the government as they marched through different highways. Chief Minister Jam Kamal had also formed a parliamentary committee of government representatives to hold talks with the protestors but no decision was agreed by the two parties even after seven rounds of meetings. The CM, in a tweet on April 5, had clarified that many provincial government departments had been given allowances over the past two years since the Balochistan Awami Party came into power.

CM steps in as interlocutor

The provincial chief executive of Balochistan once again stepped in as an interlocutor on behalf of the government, urging the protestors to call off their strike and continue holding talks till a decision can be reached. Speaking to the media on Tuesday night, he said the government employees were enjoying a hefty package as compared to employees of other provinces. "People living in Quetta and working in Civil Secretariat cannot make such demands," the CM said, adding that the government has not refused to consider the demands of the employees and this is why we set up a committee to ponder over the subject.

Also Read: Exams will neither be cancelled nor be rescheduled, Shafqat tells Cambridge students

"We are witnessing that the protest has been turned into a political show and all parties of the country are using this platform to further their agendas,” Jam Kamal said. The chief minister said the protest has become a nuisance for the general public and they have been facing a lot of difficulties. “We did not take strict measures like using tear gas on the protestors nor did we register a FIR against them neither was any employee thrown in jail.” He invited them to continue talks to reach a peaceful solution.