Exams will neither be cancelled nor be rescheduled, Shafqat tells Cambridge students 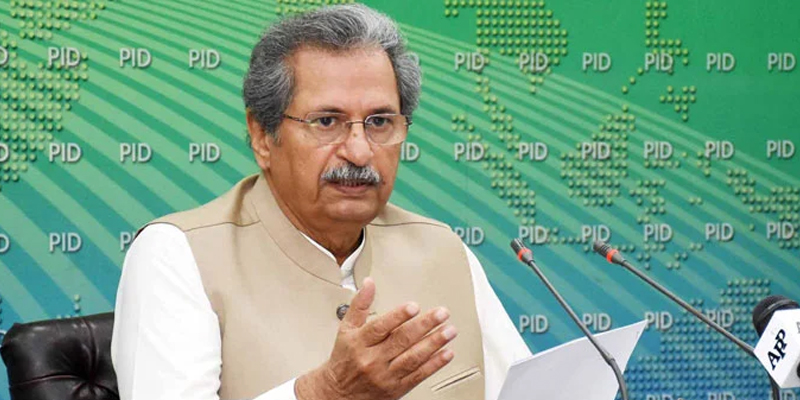 Exams will neither be cancelled nor be rescheduled, Shafqat tells Cambridge students

The Federal Education Minister Shafqat Mahmood on Tuesday said that Cambridge Exams in Pakistan will commence as scheduled and emphasized that there will be “absolutely no change” in the government directives on the matter.

According to government’s decision, the exams of AS and A Level will be held from April 26 this month, while O Level exams will commence from May 10 as per the Cambridge board’s revised schedule.

He announced the decision to proceed with the exams as the final one and no reconsideration shall be done in this regard.

While addressing to a media, Mahmood said that,

"There are only around 85,000 students from all over Pakistan who are sitting for the A, AS and O Level examinations, compared to 4 million students sitting for local board exams," the minister noted.

The minister said that — while a very small number of students impacted by Covid-19 and the fact that the government holds no aauthority over the Cambridge examinations board — health and education officials from all four provinces and the federation had mutually decided that there would be no change in the O and AS/A Level exams schedule this year, nor would the exams be cancelled giving students a provision of predicted grades.

"Cambridge has assured that they will ensure full compliance with [coronavirus prevention] SOPs — desks will be placed at a six-metre distance, no crowds will be allowed outside [exam centres]," he said.

Minister said that Cambridge exams can be easily managed as considerably lower number of students sit for the exams.

"This is not correct. Apart from Bangladesh — exams are going ahead in India, in Sri Lanka and Nepal, as well as other countries. According to the data shared with us by Cambridge, exams are proceeding as scheduled in 80% of the countries," he said.