Schools likely to reopen in phases in Sindh 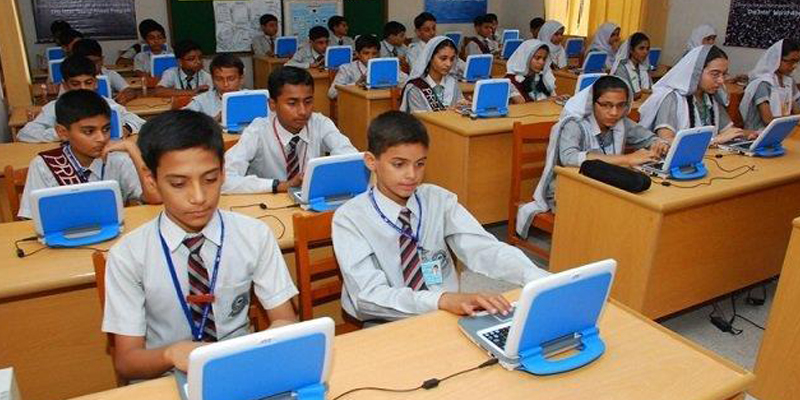 Schools likely to reopen in phases in Sindh

Educational institutions across Sindh should be reopened in staggered phases, a sub-committee of the provincial education department steering committee has recommended.

The suggestion was mulled by a steering committee meeting on Friday, where the sub-committee presented a report on the reopening of educational institutions.

According to the report, if September 15 is fixed as the date for the reopening of educational institutions, then the students of Grade 9 and higher grades should be called for in-class sessions at this time, while the commencement of in-class sessions for Grade 6 to Grade 8 students should be deferred to September 21, after a week's gap, and for the students of Grade 5 and below, to September 28.

The recommendation has been made keeping in view the possibility of a surge in the pandemic, with the report elaborating that this approach will make it easier to curb the spread of the coronavirus.

While the meeting approved the report, Sindh Education Minister Saeed Ghani said all private educational institutions would be bound to follow the schedule decided by the committee for commencing in-class sessions.

He further stated that a meeting, chaired by the federal education minister, was scheduled for September 7. The final date for reopening educational institutions will be announced after the meeting, he added.

Later, the chairpersons of boards of secondary and intermediate education told the meeting that the results of Grade 9 and 10 students would be announced on September 15, and those of Grade 11 and 12 students on September 30. The meeting was informed that students' mark-sheets would be issued within a week after the announcement of results.

At this, Ghani pointed out that various private colleges had given admission to students and were now asking them to submit their mark-sheets. Making this observation, he directed the higher secondary additional secretary to correspond with private colleges and assure them that new students' mark-sheets would be issued within a week after the announcement of their results.

Besides, the meeting discussed pandemic-related standard operating procedures (SOPs), suggested by the health and education departments, for reopening education institutions and approved them.

In this regard, the participants of the meeting briefed Ghani on the implementation of the SOPs in educational institutions, both private and public, and difficulties they may face while enforcing the SOPs.

Earlier this week, at an education department meeting, Ghani had sought a report regarding a post-Covid-19 academic year, and syllabus for upcoming examinations to be prepared soon.

He had added that the department was well aware of the extraordinary effects that the closure of educational institutions due to the coronavirus outbreak has had on the school year, but no risks could be taken on children's health.

Earlier in August, a conference of the education ministers reiterated that educational institutions across the country would reopen on September 15, putting at rest rumours of early openings.

On August 27, Federal Minister for Federal Education and Professional Training Shafqat Mahmood maintained at a meeting of the National Command and Control Centre that a final decision regarding reopening schools will be taken on September 7.

He reiterated the same on August 31, stating that the federal government had summoned a session with all provincial education ministers on September 7 to take a final decision on the resumption of in-classroom academic sessions.

He said the government will review the situation surrounding the novel coronavirus pandemic in the country and whether it was safe to reopen schools for regular classes.