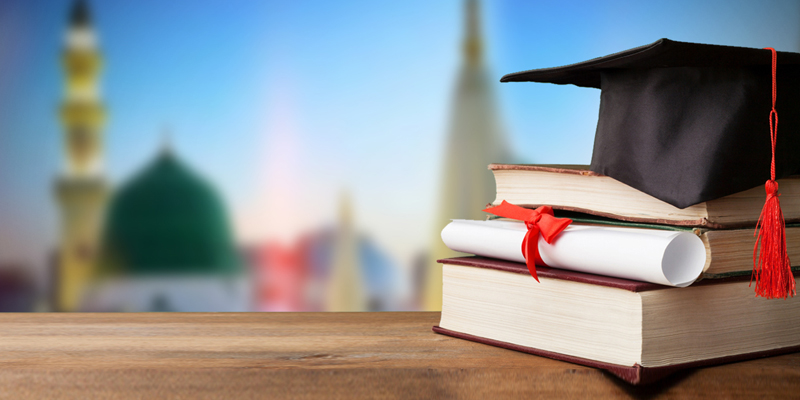 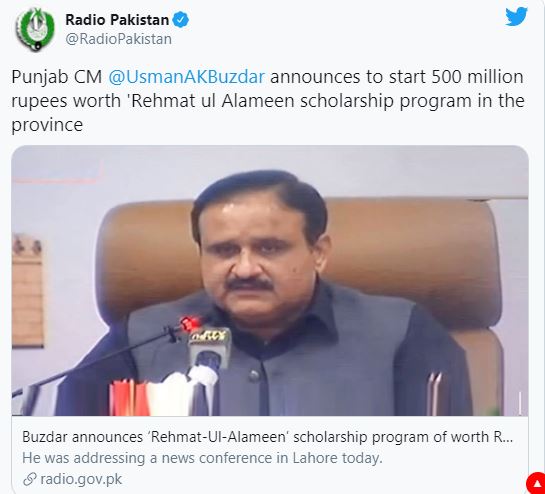 Buzdar addressed a news conference in Lahore, stating that respect for Hazrat Muhammad SAW is of utmost importance and is part of the faith of all Muslims worldwide.

He stated the Rehmatul-Lil-Aalmeen Scholarship with an initial grant of Rs500 million, adding that half of the money would offer position holders stipends. The rest of the money would be used for further studies on needy enrolment students. This fund will be increased every year.