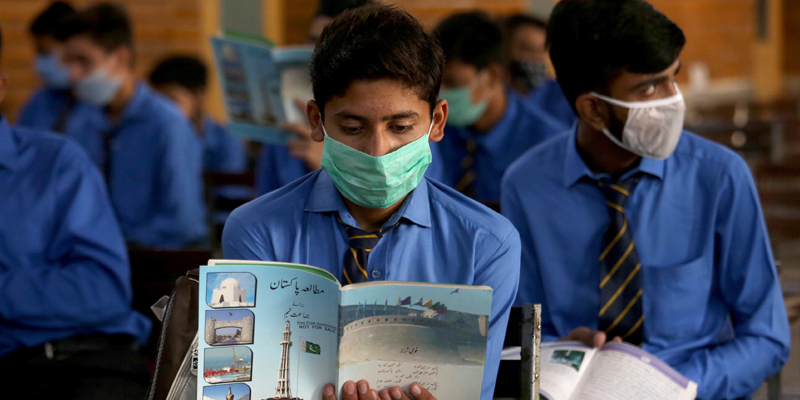 Provincial education ministers on Monday opposed the immediate closure of educational institutions despite rising Covid-19 cases as the country grapples with the pandemic's second wave,

The Inter-Provincial Education Ministers' Conference (IPEMC) was presided by Federal Minister for Education Shafqat Mehmood and was attended by provincial education ministers via video link.

During the conference, officials from the National Command Operation Center (NCOC) and other departments briefed the forum on the current status of Covid-19 cases in the country.

Keeping the current situation in mind, consultations were held in regards to the early closure of schools for winter vacations and extending the break. The forum proposed commencing winter break from November and continuing it till January.

However, a consensus could not be achieved and the participants of the forum decided to review the situation again next week.

A meeting of the National Coordination Committee (NCC) is also expected to convene later in the evening to take the final decision on winter vacations in educational institutions. The meeting would be presided by Prime Minister Imran Khan.

Earlier on November 5, the Ministry of Federal Education and Professional Training decided not to close educational institutions amid rising coronavirus cases across the country.

Participants had agreed then that there was no need to close educational institutions in the current situation, whereas no final decision could be made to start the academic year from August instead of April.

The federal minister had said that the advisory of the Ministry of Health was their priority and that educational activities would continue until advised otherwise.