NCC defers decision on early winter vacations till next week 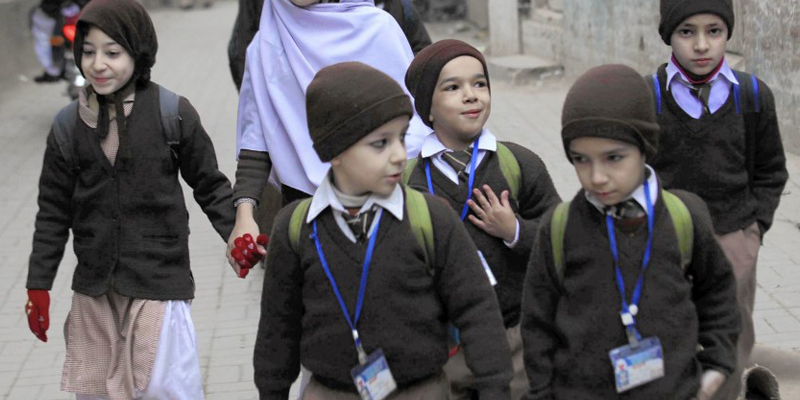 NCC defers decision on early winter vacations till next week

The National Coordination Committee (NCC) has further tightened restrictions to control the spread of Covid-19 as the country is witnessing exponential rise in the number of infections during second virus wave.

However, the meeting presided over by Prime Minister Imran Khan in Islamabad on Monday deferred the decision on early winter vacations in educational institutions and will review the situation in a week’s time in consultation with all provincial and other authorities.

“Regarding schools, we have decided to monitor the situation for another week. If we observe that the virus is spreading through schools, then we will extend winter vacations and reduce summer vacations,” Premier Imran said while briefing media after the meeting.

Earlier in the day, provincial education ministers opposed the immediate closure of educational institutions during the Inter-Provincial Education Ministers' Conference (IPEMC) which was presided by Federal Minister for Education Shafqat Mehmood.

About large gatherings and wedding events, the NCC has decided that no indoor events will be allowed and only outdoor events with upper limit of 300 persons can be held.

The prime minister also announced a moratorium on political gatherings of his own party by cancelling rally scheduled to be held in Khyber-Pakhtukwa’s Rashakai area this week.

As for restaurants, the authorities have allowed indoor dining for now but the decision will be reviewed after a week.

“In the meantime, the public is strongly encouraged to use either outdoor dining or takeaway options. This is in view of the high risk of transmission of the virus in closed indoor settings, especially when masks are taken off during eating,” the official statement read.

The NCC reiterated the need to use masks in all closed and crowded spaces and its enforcement by local authorities as previously decided.