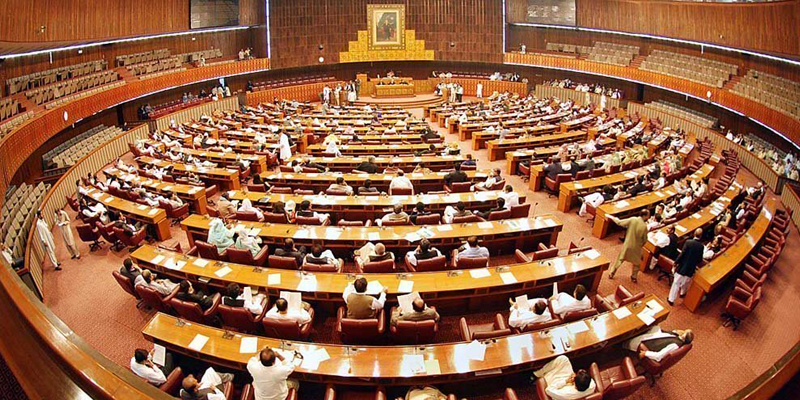 The National Assembly on Monday unanimously passed a resolution asking the government to make the teaching of the Holy Quran with Urdu translation compulsory in all the universities and federal government-affiliated higher educational institutions.

Minister of State for Parliamentary Affairs Ali Muhammad Khan moved the resolution on behalf of the House and said that teaching the Holy Quran with translation would help the students better understand it.

Minister Ali Muhammad Khan pushed the resolution on behalf of the House.