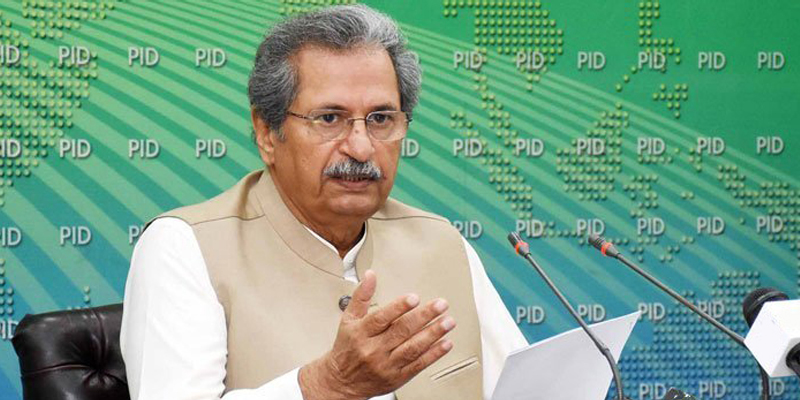 Federal Minister for Education Shafqat Mehmood on Saturday said the health of the students is the government's top priority and any decision made in that regard will be guided by the Ministry of Health.

The minister's tweet comes a day after the federal and the Sindh governments found themselves at odds with each other over the second phase of the reopening of the educational institutions next week as more coronavirus cases at schools and colleges emerged.

In a tweet, the federal minister said the six-month-long break due to Covid-19 affected the students, therefore, any hasty decision to close schools will destroy education.

A day after announcing the closure of 22 schools in the country, the National Command and Operations Centre (NCOC) closed down 13 more educational institutions over flouting health guidelines and the standard operating procedures (SOPs).

However, during this week, several Covid-19 cases emerged at difference schools. Consequently, the Sindh government postponed the reopening of schools for classes VI-VIII amid concerns over violation of the SOPs.

However, Shafqat Mahmood immediately took to microblogging website Twitter, insisting that there would be no change in the time table announced earlier after an inter-provincial meeting of education ministers.

Addressing a press conference in Karachi, Sindh Education and Labour Minister Saeed Ghani said that he had reviewed the situation regarding implementation of the SOPs. “Some had made good arrangements, while others did not,” he said.

Ghani said that the situation might worsen with the increase in the number of students coming to attend classes, hence, the decision to resume secondary classes from September 21 had been postponed till September 28.