Amid Covid lockdowns and restrictions, Pakistan appears to be a rising star in the global race for higher education, and the forecast for next year puts it ahead of India, its arch-rival in the region.

In its annual publication of university rankings, Times Higher Education, notes that Pakistan has emerged as the world’s fastest improving nation on its metrics of teaching, learning, research, and other academic facilities.

Particularly, on the Research Citations, and Teaching scores, the performance improvement, the London-based higher education ranking magazine said, has been the fastest world over. The gains, according to the publication, were recorded on the Pakistan Tehreek-e-Insaaf (PTI) government’s watch over the past 36 months.

These results, Times claims, were generated after reviewing 108 million citations and 430,000 data-points from participating institutions from all over the world. 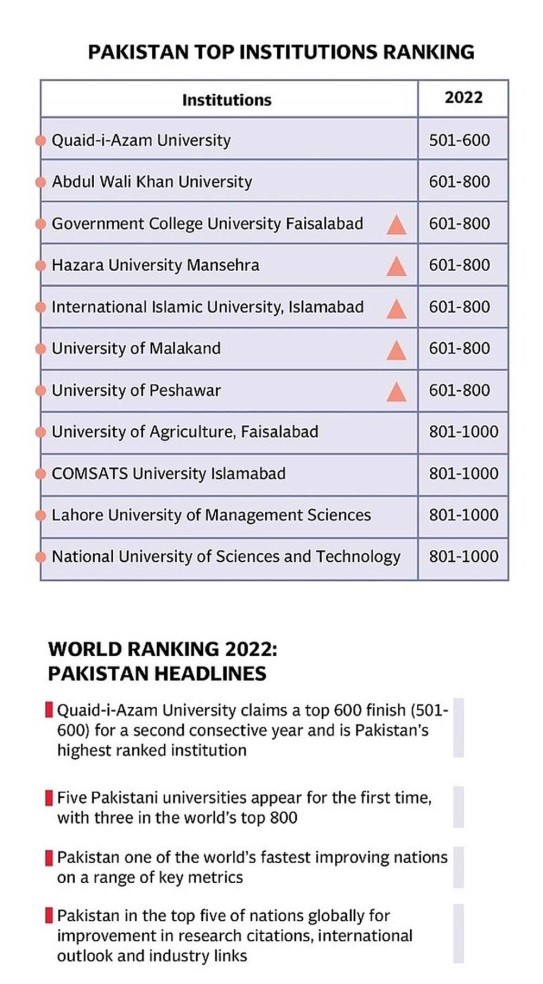 Lauding the government for its laser-like focus, the publication listed 21 Pakistani higher education institutes among the top universities of the world. “Pakistan has 21 universities in the list; this is a great achievement for a developing country like Pakistan. The average score changes for 2021-22 is even better than that of India,” said Times Higher Education.

According to Times, five universities from Pakistan made it to the list of top 800 institutions this year. In addition to that, Pakistan also made an appearance on the list of top five nations globally for improvements in international outlook and industry links.

Data recorded by the London-based publication since 2016 shows significant progress in the areas of publications, teaching reputation, international co-authorship, research, and other indicators. This improvement, according to Times Higher Education, has propelled several universities on the list of top academic performers. 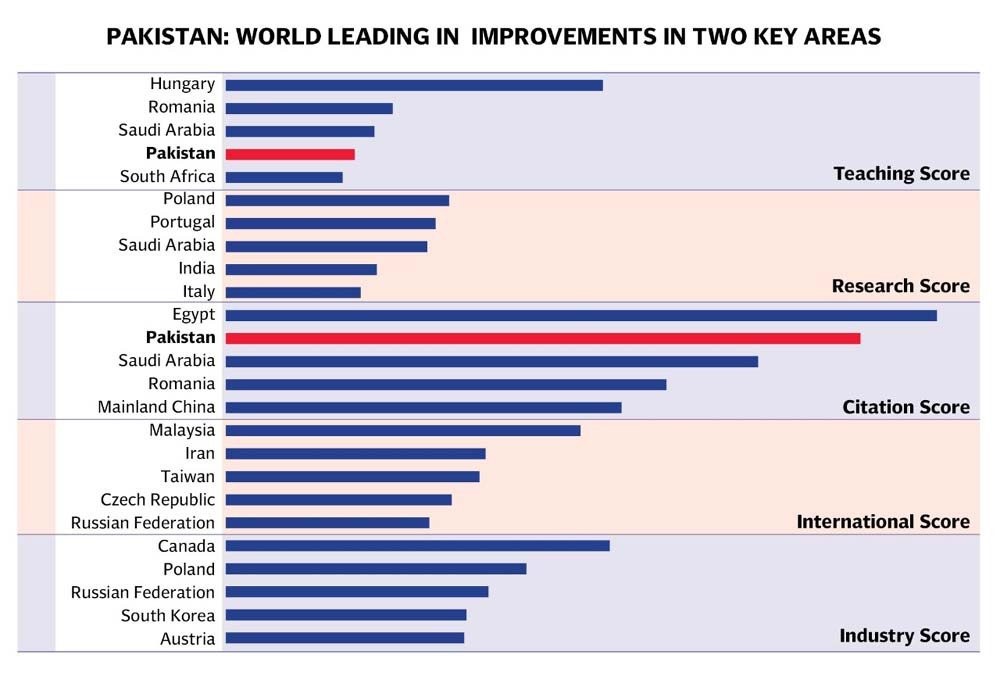 “The results generated are outcome of continued institutional reforms and incentives introduced by the Higher Education Commission (HEC), under the able leadership of the Prime Minister and Shafqat Mahmood, who serves as the Education Minister,” the London-based publication added.

Responding to the rankings, Mahmood said: “Last 3 years have seen greatest upward movement of Pakistani universities in global rankings. We still have ways to go, but the direction is right, the pace is good.” The credit, the minister for education said, goes to the PTI government for its focus on education since taking office in 2018 and to the ‘universities that have made us proud.’ 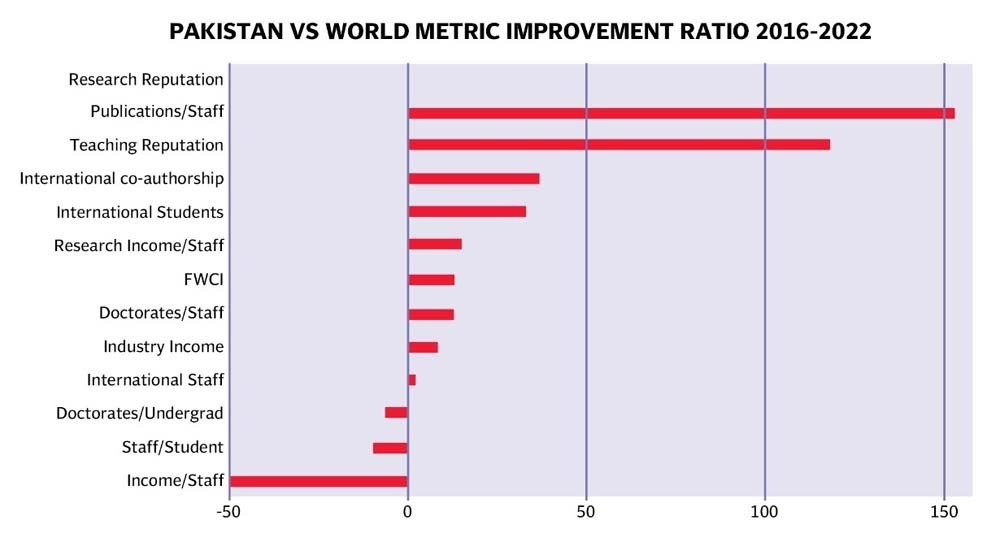 In addition to the gains on all key Higher Education indicators, Times, for the first time, placed 36 universities from Pakistan in “The Impact Rankings” for this year. In its overall rankings for 2022, Times said, Pakistani universities were climbing the ladder much faster than expected – particularly over the past three years.

According to the prestigious global ranking, the United Kingdom has 101 Higher Education institutes and China has 97 institutions among top all 1,600 universities ranked. Pakistan, it explained, has seven universities in top-800, which is up from two, 11 in the top-1,000, and 21 in the top 1,600. Subject-wise, Times said, significant improvement was recorded in Business and Economics, Life Sciences, and Physical Sciences.