Educational institutions to remain open despite surge in Covid-19 cases 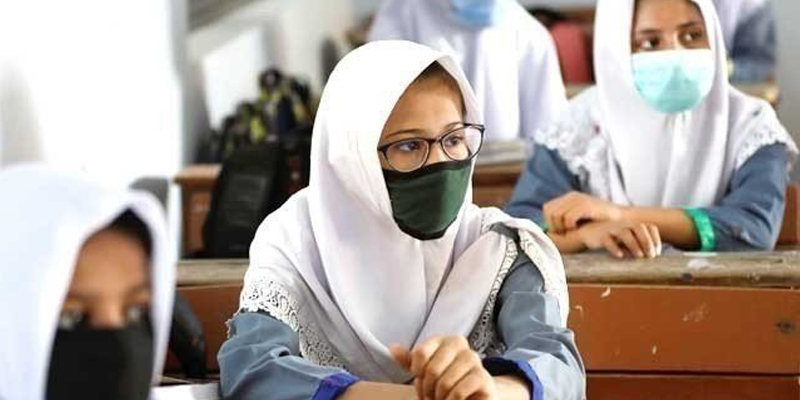 Educational institutions to remain open despite surge in Covid-19 cases

The Ministry of Federal Education and Professional Training on Thursday decided not to close educational institutions amid rising coronavirus cases across the country.

The decision was taken during an Inter-Provincial Education Ministers' Conference (IPEMC) meeting, presided by Federal Minister for Education Shafqat Mehmood, and was attended by provincial education ministers via video link.

The agenda of the meeting entailed a Covid-19 situation update, decision on winter vacations in educational institutions as well as moving the academic year from April to August. Board examinations of the eighth grade were also discussed.

Participants agreed that there is no need to close educational institutions in the current situation, whereas no final decision could be made to start the academic year from August instead of April.

They agreed to further discuss reducing winter vacations, extending the school year and convening the next meeting in the first week of December.

Speaking to the media during a ceremony before the meeting, Minister Mahmood said that a good university is not only built from the building but it also needs the best teachers and facilities.

“Efforts are being made to improve the quality of education,” he said, “The closure of educational institutions has caused a lot of damage. At present, it is not the time to close schools.”

He further added that the advisory of the Ministry of Health was their priority and that education would continue until advised otherwise.