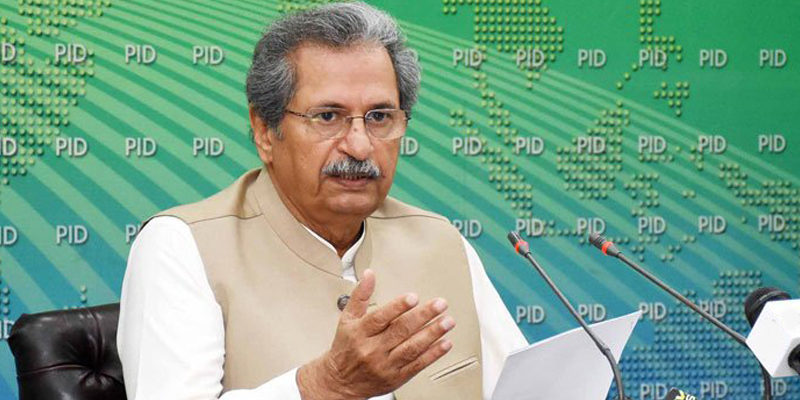 ISLAMABAD: Federal Minister for Education Shafqat Mahmood on Sunday announced the commencement of a "widespread consultation" process by his ministry on a formal education policy, welcoming all suggestions.

In a tweet, the minister stressed the necessity of formulating a “formal education policy" in the country, adding that the consultation process was being kick-started on his directions.

Also Read: Transgender community gets its first Madrassah in Islamabad

“While we have taken a number of initiatives including single national curriculum, A formal Education policy for the country is necessary," Shafqat wrote.

Earlier, Prime Minister Imran Khan said that enforcement of a uniform educational curriculum would unify the nation and eliminate the societal divisions created by the current education system.

“The existing system is a hurdle to the unity of the nation; rather it alienates children from Pakistan. And this has happened in every society with colonial footprints,” the premier said.

He had previously said that introducing uniform education system is his government's top-most priority to provide level-playing field to all students across the country.

Also Read: Sindh instructs shutting of educational activities in Madrassas across the province

The premier maintained that the National Education Policy besides bringing improvement in the quality of education would also empower all segments of the society and provide equal opportunities.

The premier stated that the new policy would ensure provision of quality education in the country possible, while the uniform education system would set the example for other countries in the region to follow.