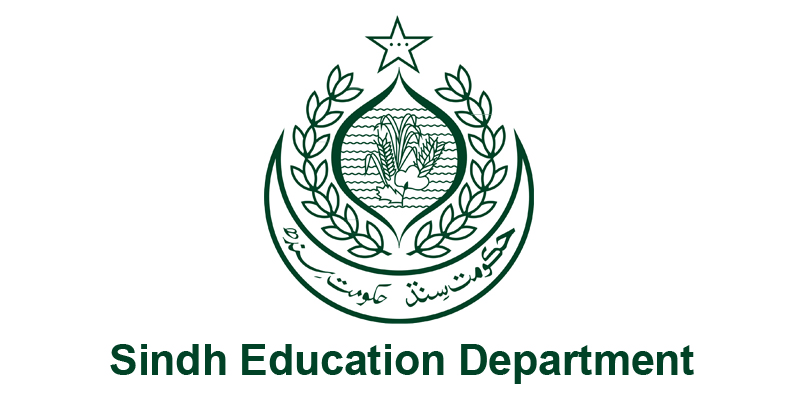 Reports emerged on Tuesday of crowds forming outside the offices of the Sindh education department as visitors are barred from entry seemingly due to the coronavirus. On the same day, a report by the provincial health department revealed that at least 1,317 coronavirus cases were reported from educational institutes of the province between October 12 and November 9. On average, around 22 Covid-19 cases were reported from educational institutions daily in the past two months.

As it becomes increasingly apparent that a second wave of the pandemic is upon us, the provincial government has imposed fines and warned of closures if coronavirus-mandated standard operating procedures (SOPs) are violated.

According to the report by the Sindh Health Services Directorate General, Hyderabad, a total of 145,859 employees - faculty and staff - were tested for the coronavirus between October 12 and November 19, of whom, 1,317 persons tested positive for the virus, 131,913 tested negative, and the results for 12,629 persons are yet awaited.

Meanwhile, the provincial education department has imposed an unannounced restriction on the entry of complainants in its offices. The iron door leading to the offices of the department, located on the first floor of the Sindh Secretariat Tughlaq House, has been locked shut barring visitors from entry.

The reason behind the sudden restriction was stated to be coronavirus-related but the crowds forming outside the department door by disappointed visitors presented an ironic sight. Several persons who had come to visit the offices were compelled to huddle outside, flouting all social distancing and other virus-related precautionary measures.

The education department is the largest department of the provincial government in terms of the number of people it employs. Over 42,000 government schools in the province employ nearly 15 million teachers and thousands of non-teaching staffers.

Scores of people associated with the department, and yet others, visit the department daily. Now, visitors are being told that entry has been restricted to avoid crowds inside the department but given the lack of notice, crowds are forming outside while those with complaints cannot enter.

Several visitors inconvenienced on Tuesday, particularly those who had come from interior Sindh, lamented that they were not informed beforehand.

The Sindh education department has repeatedly insisted that the situation in schools and colleges is closely being monitored and Education Minister Saeed Ghani has warned that closures may be considered if necessary.

However, the federal and provincial education ministers decided last week that as of now educational institutes will be allowed to remain open for physical classes, and as with other social and commercial activities, the government’s emphasis lies on ensuring implementation of SOPs.

In March, educational institutes in Sindh were the first to be shut down to contain the spread when the first coronavirus case was reported in Karachi.

Later, on-campus educational activity was permitted to resume nationwide from September 15, in phases. Sindh delayed classes for the junior grades by a week but from September-end physical classes resumed for all grade levels across the province and in the following days several institutes were also temporarily sealed for SOPs violations or when infections emerged.

Last month, as an increase in coronavirus infections could be observed, the Pakistan Medical Association, reportedly warned of a second wave pointing towards failure to implement SOPs at all places, especially schools. The PMA had also chided the government for limiting its pandemic response to issuance of notifications on SOPs after lockdown measures were lifted. The onset of winter, coupled with reopening of schools and SOP violations, could fast result in a second wave, the PMA had warned.

According to the health department’s report, 34,865 employees of educational institutes in Karachi were screened for the virus in the past two months. As many as 680 employees tested positive while 32,150 tested negative and the results of 2,035 are yet awaited.

From educational institutes in Hyderabad, at least 85 persons tested positive, 62 in Thatta, 61 in Jamshoro, 49 from Matiari, 45 from Sukkur, 35 Mirpurkhas, 20 from Tharparkar, 11 from Tando Muhammad Khan and four from Tando Allahyar.