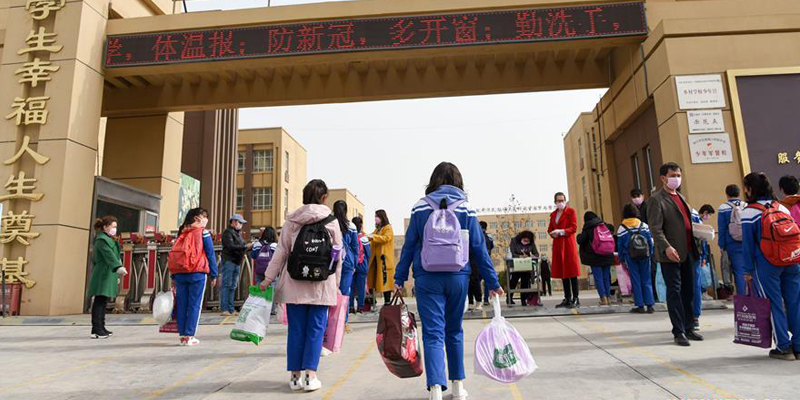 As the coronavirus epidemic waned in china, most provinces partially re-opened schools on Monday under strict preventive measures.

No secondary outbreak of the virus was reported while the country gradually started re-opening schools after 3 months. However, there are still some provinces that are reluctant to re-open schools, according to a Chinese news agency.

According to reports, China’s Inner Mongolia Autonomous Region, more than 3,70,000 students resumed their schooling on Monday.

The Chinese news agency further states that schools have installed a new system on the doors of the schools which will automatically take the temperature of the students. At some places, however, students entered the school in a line maintaining one-meter distance for body temperature checks, says the report.

Disinfectant sprays, thermos bottles, cleaning cloths and other necessary precautionary material have been installed on the shelves outside every classroom according to the sources.

Some of the schools also did the drill activity before re-opening, which includes a drill on entering school, attending classes, washing hands, and dining, the sources report.