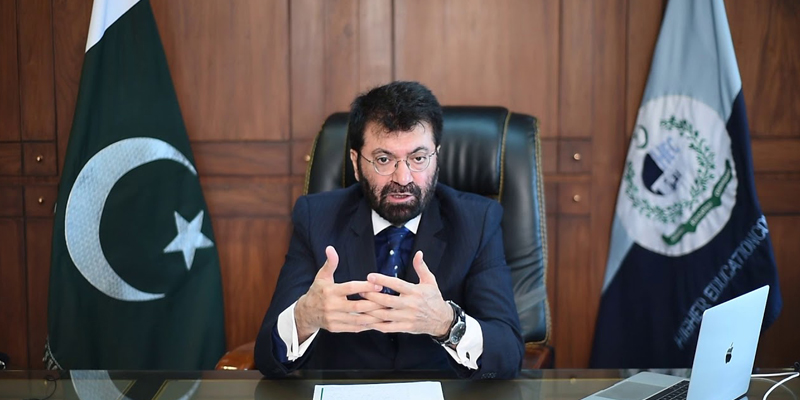 ISLAMABAD: The federal government on Saturday announced the removal of Dr Tariq Banuri as the chairman of the Higher Education Commission (HEC) with immediate effect.

"In terms of sub-section (5), read with sub-section (5A), of Section 6 of HEC Ordinance, 2002, as amended vide HEC (Amendment) Ordinance, 2021, Dr Tariq Banuri has ceased to be the chairperson, HEC forthwith and is accordingly removed from the said post with immediate effect," a notification issued by the cabinet secretariat stated.

Also Read: HED to launch "College of the Year" contest

Banuri was appointed at the post by former Prime Minister Shahid Khaqan Abbasi in May 2018. He was to complete his tenure in May 2022.

According to the presidential ordinance, the tenure of the HEC chairperson has been reduced to two years.

According to reports, the presence of 15 consultants on hefty salaries of Rs800,000 each along with charges of some additional posts was the main reason for Banuri's dismissal whereas the rules, set for the appointment of such consultants, were also not followed.

The National Accountability Bureau (NAB) also took notice of the appointment and sought clarification from the HEC.

Further, Banuri usually avoided meeting the vice-chancellors and listening to the grievances of public universities.

Despite strong reservations from stakeholders on the associate degree program and the PhD program, he did not show any flexibility on the matter nor did he meet any vice-chancellor of any province on the issue.

Also Read: What is holding Pakistan's education back?

After Banuri’s dismissal, no one has been given the responsibility of the HEC chairperson as yet.

Banuri holds a PhD in Economics from Harvard University and an MA in Development Economics from Williams College. He is also a famed author and has about 20 books and 30 research papers to his credit. Due to an unblemished academic career and deep understanding of research, he was the first name on the list submitted to the prime minister, ultimately resulting in his appointment.

Professionally, Banuri started his career as a civil servant in Pakistan but then left for the US to pursue a PhD at Harvard and majorly served in the social and development sector abroad.

He is, however, known to have strong connections at the local and international level mostly with non-government institutions, which could play a vital role in earning scholarships, collaborations and internationalization of the higher education sector in Pakistan.