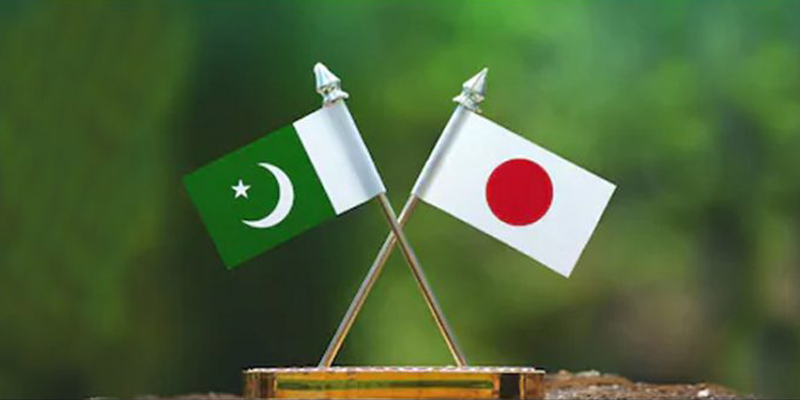 The government of Japan has extended grant assistance worth three million USD to Pakistan for "The Project for Human Resource Development Scholarship (JDS) for the fiscal year 2020".

Also Read: Sindh approves the policy to pass students who have failed in two or less subjects

The Secretary, Economic Affairs Division (EAD) Noor Ahmed and MATSUDA Kuninori, Ambassador of Japan, mutually signed the agreement and exchanged notes while making an accord.

Meanwhile, a scholarship agreement on the specifics of the enactment of the project for the financial year 2020 was also initialed by Shigeki Furuta, Chief Representative of Japan International Cooperation Agency (JICA) and Rahman Shah, Deputy Secretary, EAD.

JDS intends to assist the country's social and economic growth by granting government representatives and prospects to acquire a Master's or Doctoral degree in Japan to bolster the organizational ability of representatives. The JDS program applicants who are engaged in the design and execution of procedures are likely to study in partner universities in Japan and obtain experience of their disciplines as well as the understanding of how Japan developed as a country.

"Japan is a unique country with a history of building a liberal nation with advancements in socio-economy and technology from scratch after World War II. I am quite sure that the JDS fellows will gain public administrative capacity together with wider and deeper knowledge and broad human networks through this program", said Shigeki.

"JDS scholarship is expected to contribute to strengthening the administrative capacities of the government of Pakistan by providing the opportunity to obtain the Master and Doctor of Philosophy degree to talented government officers involved in the formulation and implementation of social and economic development Pakistan. Japan will continue to support Pakistan in the future as a friend. I hope this project would further contribute to strengthening the existing bond of friendship between the two countries", said the Ambassador.