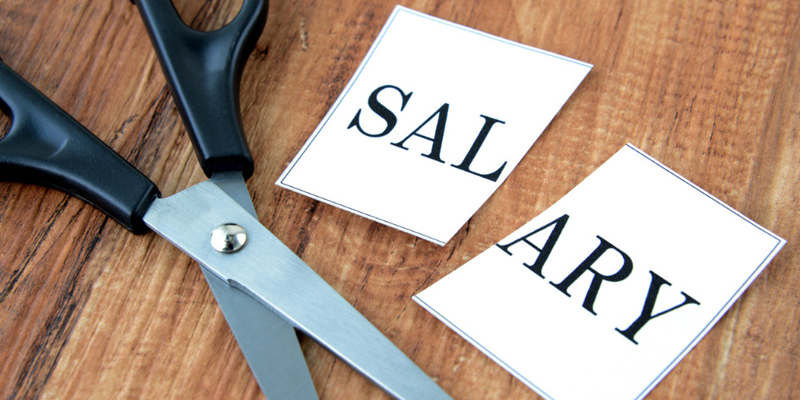 In this regard, many social media activists spoke out against the school’s policy, pushing the academic and non-academic staff towards financial crises.

An activist on twitter and a former teacher at Beaconhouse, Maryam tweeted on Saturday that “I am ashamed to be an alumnus of Beaconhouse,” she lamented. Maryam said that the school was cutting 75 percent of salaries of extracurricular teachers and other non-academic staff and revoked their full-time status during the times when the global pandemic was hit, and people were already facing financial crises. 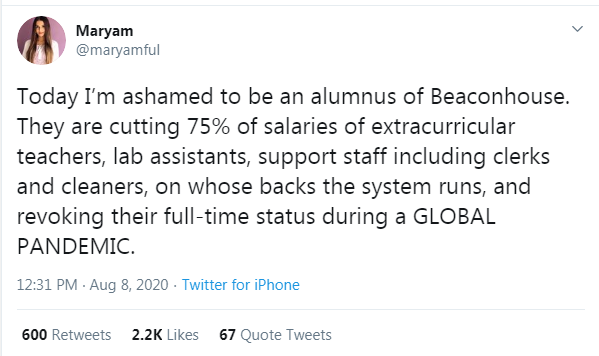 While answering, another tweet, Mushba stated that “Beaconhouse isn’t alone in this.” She revealed that so many educational institutions in Pakistan are cutting the salaries of academic staff. “It’s vile because these are institutions that pay their top brass millions in PKR, but the salaries are on hold,” she tweeted.

However, a senior academic staff of Beaconhouse School System informed Campus Guru, “I have no idea about the pay cuts.” But, there has been a 20 percent salary deduction for the executive staff, 15 percent for the administrative staff announced by the school authorities, the staff informed.