International students with outstanding academic records (*1) who wish to enter Japan in October, 2022 as a new student (*2) to study in the Master's or Doctoral Program at the Graduate School of Science.

We are only able to nominate an applicant who holds one of the nationalities specified by MEXT.
This year's nationality provisions have yet to be announced (the announcement is expected to reach us after the application period has closed), however, in the last round, only those who hold a nationality found on MEXT's list of Priority Nationalities below were eligible for nomination.

In principle, applicants must be born on or after April 2, 1987.

Applicants must have the necessary qualifications to be admitted to the Graduate School of Science, the University of Tokyo as a Master's or a Doctoral Program student.

Applicants must meet one of the language requirements in either English or in Japanese as described below:

Applicants must be physically and mentally healthy enough to pursue their studies in Japan.

If applicants cannot arrive in Japan by the date specified, they must withdraw their application unless under unavoidable circumstances as deemed by MEXT. Furthermore, if applicants travel outside of the period specified above due to personal reasons, the cost of travel will not be paid.

Applicants must enter the country with the resident status of "Student", having obtained the visa anew prior to traveling to Japan. The visa is to be issued by the Japanese embassy or consulate in the applicant's country of nationality. Those who already have another residency status (permanent resident, long-term resident, etc.) will be required to return to their country of nationality, change their status to that of "Student" and then travel to Japan. Note that there is no guarantee that an application to change your resident status back to that of "permanent resident" or "long-term resident" etc. will be approved once you have completed your time as a Japanese Government (MEXT) Scholarship recipient.

Applicants should be aware that the scholarship will be cancelled if he/she arrives in Japan without a newly obtained "student" visa.

Applicants in the following categories are ineligible for the Japanese Government (MEXT) scholarship. They must decline the scholarship offer if they are found to fall under any one of the following criteria upon their selection.

While they are studying in Japan, applicants are expected, as someone who will contribute to the globalization of Japan, to broadly participate in regional schools and activities to contribute towards the mutual understanding between their home country and Japan. Furthermore, they are expected to maintain a close link with the universities they studied at even after they have graduated and cooperate in various manners, such as answering questionnaires etc. Also, on returning to their home country, they must take part in the various activities organized by the Japanese government's missions overseas to enhance the relationship between Japan and their home country.

(1)For a recipient who will enroll in a Master's Program or Doctoral Program, the scholarship will be payable for the standard period of time necessary for the recipient to complete his or her program (standard course term), starting from October 2022.

(2)Extension of the Scholarship Period

If a recipient in the Master's Program desires to proceed to the Doctoral Program, the period of the scholarship may be extended upon rigorous examination by MEXT, provided that the student has achieved outstanding academic performance that meets certain criteria. Please note that not all applicants will automatically be given an extension for scholarship, and that you should be aware of further reservations listed below;

The amounts of monthly stipend for AY2022 have yet to be determined. As an example, the monthly amounts for AY2021 will be presented below. (These amounts are subject to change depending on the size of the annual fiscal budget each year, commodity prices, etc.)

(an additional monthly stipend of 2,000 or 3,000 yen may be added to those students undertaking study or research in some designated regions of the country).

The scholarship will not be paid to a recipient during a leave of absence or a long absence from his or her university.

MEXT or the university will provide an economy class air ticket to Narita International Airport (NRT) or the closest international airport to the university from a third country through which the applicant obtained their "Student" visa, if Japan does not have an overseas diplomatic establishment in their country of nationality. However, any costs incurred in travelling to the third country, travels within the third country and cost of accommodations incurred is the sole responsibility of the recipient.

The recipient's residence is taken to be the current address given in the application. However, if a change of address is known beforehand (limited to within the recipient's home country), residence will be taken as the latter. Moreover, an air ticket will not be provided if the recipient travels to Japan from a country other than that of their nationality. Air tickets will not be provided for travel from a third country for any reasons other than for obtaining visas.

In principle, MEXT will issue airline tickets to recipients who return to their home country within the final month of the scholarship period as specified in "2. Period of Scholarship" above upon application following their graduation from university or completion of their research. Recipients will be provided with an economy class air ticket for a flight from Narita International Airport (or an international airport the recipient's university normally uses) to the international airport closest to their place of return (in principle, within their home country). Please be aware that costs incurred for transportation from the recipient's residence to the nearest international airport in Japan; airport tax and surcharges; other special local taxes incurred when travelling; local travel expenses within Japan (including any costs if transferring by air); insurance premiums for travel to Japan; sending baggage as well as unaccompanied baggage; are the sole responsibility of the recipient.

Recipients who return to their home country before the end of the scholarship period for personal reasons or because of items as stipulated in 4. Suspension of Scholarship Payment below will not be provided with return airfare.

Traveling expenses will not be included in the travel allowance if a recipient decides to remain in Japan (for example; continuing the education at a higher level or entering employment in Japan) after the period of scholarship ends and temporarily leaves Japan.

Enrollment and Tuition fees will be exempted.

NxtWave, an edtech firm, has raised $2.8 million from Orios and Better Capital

Chegg has just purchased Busuu, a language learning community based in London, for €385 million 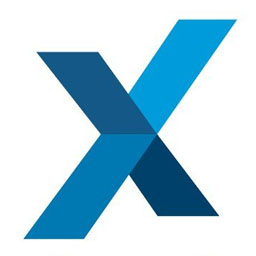