Public sector campuses on cusp of a meltdown 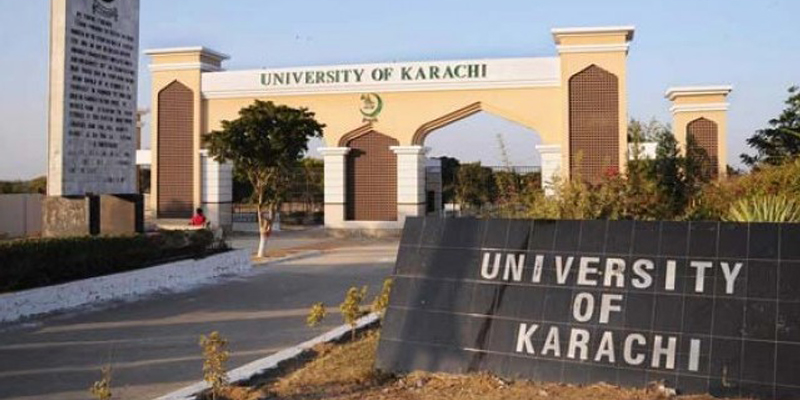 Public sector campuses on cusp of a meltdown

Pakistan’s public sector universities have started facing the brunt of financial crunch due to successive governments’ failure in allocating sufficient funds in the budget and a change in their approach to treat higher education as a luxury rather than an essential service.

Over a period of the past 10 years, the development budget allocations for the Higher Education Commission (HEC) have not kept up pace with the growing needs of the sector. The higher education sector funding increased only Rs8 billion in past 10 years that was not sufficient to meet the needs of over 116 public sector universities.

Also Read: More than half of children in Syria are out of school

In fiscal year 2009-10, the then federal government had allocated Rs21.5 billion for the HEC, which has increased to only Rs29.5 billion in fiscal year 2020-21, according to the Planning Commission.

The record shows that the actual budget releases often fell behind allocations and there were always delays in releasing the funds to the universities.

However, the Ministry of Planning and Development had sanctioned Rs14 billion or 47% of the allocation for the first half of the current fiscal year.

But the releases against annual current budget allocation of Rs64 billion for HEC were 35.3 billion or 55% of the allocation. The slow releases coupled with fewer allocations have aggravated the fiscal situation in the public sector universities.

Over the past 10 years, the HEC development budget remained less than 5% of the total federal development outlay.

The issue of public-sector universities financial crunch surfaced after management of the University of Peshawar notified its employees this week that it would not be able to “disburse full salary to its employees for the month of January 2021— only basic pay plus personal pay will be disbursed”.

It was not for the first time that the University of Peshawar faced such a situation. Also, there are growing concerns that other large public-sector universities may soon meet the same fate.

“We haven’t received an explicit report of such a crisis situation elsewhere, but several universities are under pressure because of Covid-related issues as well as funding constraints”, said HEC Chairman Dr Tariq Banuri.

There are 200 universities in Pakistan and 116 of them are in public sector with 1.6 million students.

“We have been trying to help a number of K-P universities over the last year and University of Peshawar has already received financial assistance from us,” said Khyber-Pakhtunkhwa Finance Minister Taimur Saleem Jhagra.

“There is a long-term budget problem at universities though (and) it is primarily driven by overstaffing, weak financial management, and as elsewhere, an exploding pension’s bill,” said Jhagra.

The minister observed that the problems exacerbated by a reduction in HEC grant, which is a primary source of funding for universities.

Like other responsible autonomous entities, he said, universities have to manage within available financial resources and “we will support all universities that commit to do so.”

There had been a greater focus on higher education during former military ruler Pervez Musharraf’s era. The then government had started scholarship programs and also sent students overseas. However, the moment Musharraf regime ended many education programs were rolled back.

The Planning Commission had laid out a detailed plan to fund the public and private sector universities under Vision 2030 but the successive governments deviated from that plan, said former HEC chairman Prof Attaur Rahman.

Prof Rahman, who served HEC between 2002 and 2008, is currently the vice chairman of PM’s Task Force on Knowledge Economy.

He disagreed with the notion that the public-sector universities exponentially expanded during Musharraf era.

Rahman said that only one in 10 students graduated from colleges can get admission in the universities due to limited numbers of seats.

The ex-HEC chairman maintained that there was a need to increase the numbers of universities to cater the growing numbers of students. He blamed the last PML-N government for diverting 60% of the HEC allocations towards infrastructure projects.

The public-sector universities are always dependent on the government funding all over the world and self-reliance approach is wrong, Rahman noted.

He observed that 88% of the funding requirements of the Cambridge University were still met by the British government.

The K-P’s finance minister believes that salaries and operating expenses need to be brought within the available resources.

The minister said the K-P government did not have cash surplus over the year and it was only active and dynamic cash management that had allowed maintaining a reasonable development budget, while introducing ambitious programs such as Universal Health Coverage.