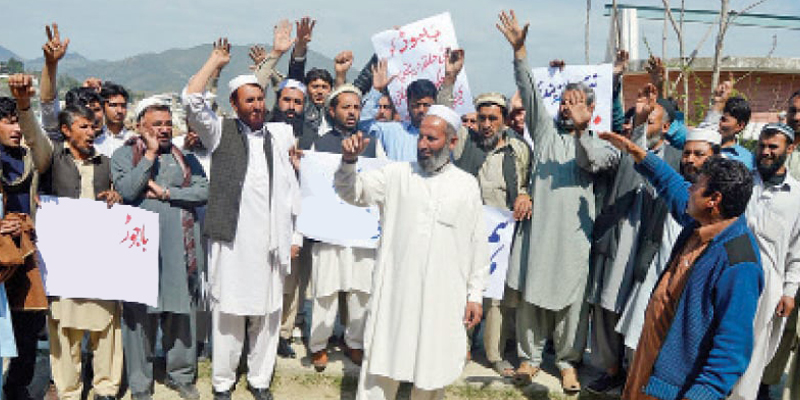 The residents of the Arang area of Utmankhel tehsil on Tuesday protested against the unavailability of drinking water, health and education facilities in the region. The protestors blocked Khar-Timergara road to traffic to bring to notice their demands.

The protesters complained that their area has been deprived of necessary facilities for a long time and criticized the local PTI lawmakers for failing to resolve their problems as promised during the election. The demonstrators said that roads connecting to the Arang are in bad shape. The region is without electricity for many years now, which has deprived the area of availing essential health and education facilities.

Arang is one of Uthman Khel's localities situated along the border between Bajaur and Lower Dir districts. The area's local political and social activists were present at the protest demonstration, which was staged on Kahr-Timergra road near Dosai graveyard in Khar.