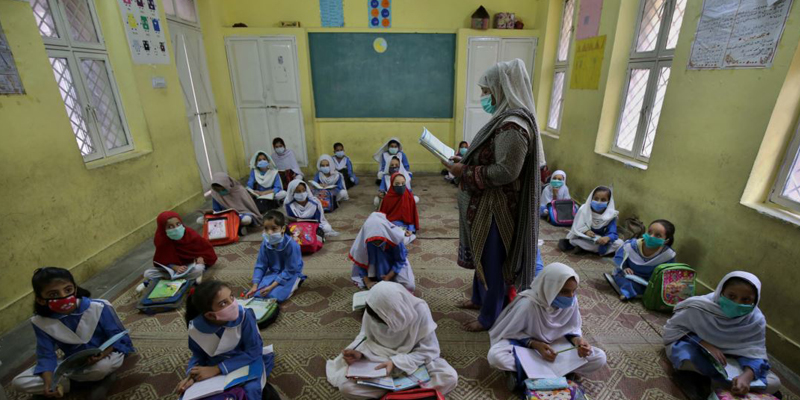 Rawalpindi: Associations of private educational institutions across the division have rejected the decision of teaching textbooks of Punjab Textbook Boards in private schools from the new academic year.

An important meeting of the owners and organizers of private educational institutions was held yesterday. The President of the Private Schools Association, Abrar Ahmed Khan, Shamim Syed, Mohammad Inam, Imtiaz Rafi Butt were present. After the meeting, Abrar Ahmed Khan said that we are not against the single national curriculum. Still, it is not right to teach Punjab textbooks in educational institutions in the name of a new curriculum.

He said that this would create a tendency for children to memorize and affect their creativity. Pakistan's primary education sector is 50 years behind the world in achieving its educational goals, and the secondary sector is 60 years behind. By restricting them to one book, they are being deprived of the right to proceed. He expressed serious concerns over the move to hold the academic session in August and deviate from the announcement to open all institutions on January 25.