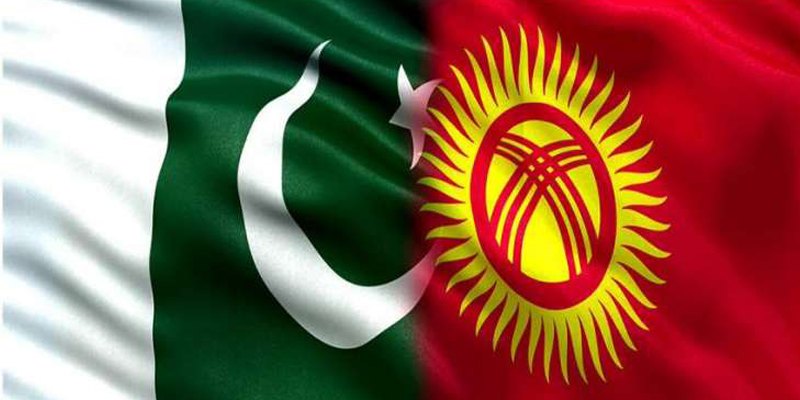 Kyrgyzstan will take benefit from the new National Single Curriculum (SNC) of Pakistan in the up-gradation process of its education system, said the the Minister of Education and Science of Kyrgyzstan Almazbek Beishenaliev on Tuesday.

During his visit, he met, along with a delegation, the Minister for Federal Education and Professional Training Shafqat Mehmood, and in the meeting, both the education ministers discussed in detail the issues of mutual interests and bilateral cooperation.

Talking to the delegation, Education Minister Shafqat Mahmood said that both the countries had brotherly and historical relations.

Pakistani students go to Kyrgyzstan for getting an education, while the Pakistani educationist were investing in the education sector of Kyrgyzstan, Shafqat informed.

He further said that the Kyrgyz students often came to Pakistan to get religious education in Madaris.

Shafqat Mahmood also briefed the Kyrgyz Education Minister about the steps being taken by the Education Ministry in vocational training, stating that for the first time the training was being given in two hundred high-end trades, including courses on robotics and artificial intelligence.

He said that we were going to establish a National Accreditation Council (NAC) for the grading of vocational institutes.

Kyrgyz education minister lauded the efforts of his Pakistani counterpart for the uplift of the education sector.

“We were in process for the up-gradation of our education system, therefore it will be a great pleasure for us to take benefit from the new single national curriculum of Pakistan,” he remarked.

Kyrgyz education minister also expressed his hopes of enhancing further cooperation in the field of education, adding that the country would take benefit from Pakistani vocational training institutions for their students.

Federal Education Minister Shafqat Mahmood also informed him about the latest update of SNC and its goals. Mahmood briefed him about the measures taken during the epidemic, including online education, distance education programmes, and use of technology in education.

He added that technology was bringing changing and new invention in the education sector.

“We were making sure the provision of stable internet in the less developed areas of Pakistan. We would also ensure to provide quality education with the help of technology in far-flung areas of the country” Shafqat remarked.

Both the dignitaries expressed their resolve to enhance further relations in the education sector between the two countries.

The meeting was also attended among others Parliamentary Secretary for Federal Education and Professional Training Wajiha Akram, Federal Secretary Education Farah Hamid, Additional Secretary Mohyuddin Ahmad Wani and other senior officials, while in the delegation the senior Kyrgyz Universities Rectors were also present.