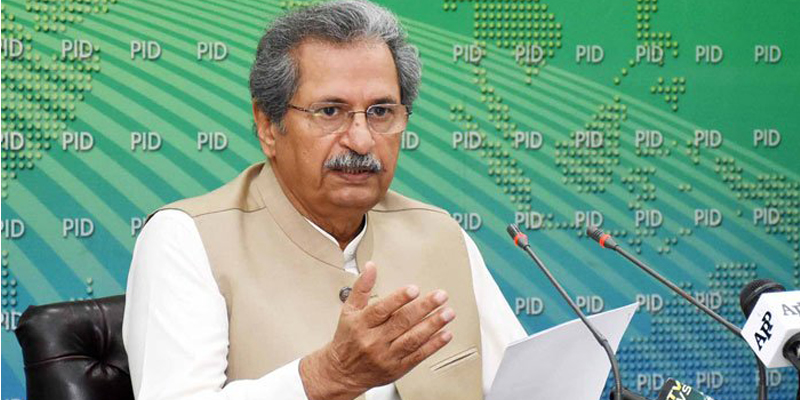 The Federal Education Minister Shafqat Mahmood on Wednesday said that the education for girls and helping them learn skills is the government's top priority.

While speaking at the National Initiatives to address Gender Based Discrepancies and for Promotion of Legal, Economic and Social Empowerment of Women forum, the minister said that the new curriculum would have the special chapters for women's empowerment and changing their social behavior.

The minister also said that the country's development is not possible without the inclusion of women in every sector. He said that it is alarming that the enrolment in educational institutes is 11 percent less than that of boys. "92 percent of boys are enrolled in class one whereas, the percentage of girls enrolled is 81 percent, and this difference grows as the students go to senior grades," said Mahmood. He stated that the drop out ratio for girls in senior classes is 8 percent, which means 66 percent of boys reach higher grades whereas only 46 percent of girls reach higher grades. The minister also asserted that the percentage of girls enrolled in Baluchistan schools is only 11 percent.

Mahmood highlighted various reasons for the discrimination against women in our society, including poverty and social taboos. Still, the most important is the accessibility and absence of schools for girls. He said that the burden of poverty is shared more by women than men in terms of necessary nutrition intake, right for education, and lack of schools near homes for girls. Parents are vigilant about sending their girls far away from attending school.

The minister emphasized tackling the issue of access to education for girls and providing maximum opportunities to them to not be deprived of education.